Maybe some of these will happen this year!

If so, I'll keep this post updated with program, jury, awards, and other relevant information on the major film festivals as the year in fests continues to develop. Everything below is tentative; if you're lucky enough to be able to attend one of these (or another local or specialty festival), let the rest of us know which films to keep an eye on! 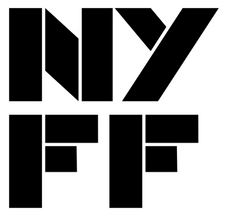 The main picture on the site is from the latest Mouret too, so nice to see him get that recognition and it'll be even nicer to see it again in the correct aspect ratio
Top

I don't see specific dates and times listed, so are we to assume that these will all be available for the entire festival run, aside from the Opening Night film, or will they stick to single screenings like in the past during a live festival?
Top

I am really impressed with Slamdance's presentation this year. It's $10 for a full festival pass and the interface both in-browser and via a Roku/Firestick app is pretty much flawless as far as these things go. They've also really taken inclusion and diversity seriously without a hint of the tokenized reverence or self congratulation I often see coming from other big festivals. Highly recommended. It continues through the 25th.
Top

I think this makes Berlin the first major film festival to award gender-neutral acting prizes - surprised that there isn't more press on it. Looking forward to Kino acquiring the Jude...

I don't see specific dates and times listed, so are we to assume that these will all be available for the entire festival run, aside from the Opening Night film, or will they stick to single screenings like in the past during a live festival?

This has been underway for the past few days. A few films are released at noon each day, and then they're available for five days. Once you press play, you have twenty-four hours to finish watching. Time's up after that, even if you have the all-access pass. The new Mouret is available today, Dupieux on Friday, and Ozon Saturday.
Top

Thanks skilar, have you (or anyone) been catching any of these films yet? I'm tempted to buy some individual tickets this week/end and outside of Summer of '85 and the Dupieux, I'm not really sure what I want to prioritize
Top

I've been slowly working my way through. I've watched up through Margaux Hartmann, save for Little Girl (I learned the hard way that you only have twenty-four hours to watch after pressing play).

I am perhaps not the best person to comment on what to prioritize. I've been hiding the subtitles in an attempt to learn French through immersion, so my understanding of the films isn't what it'd be if I was fluent or if I actually read the subtitles. That said, I'll attempt a quick write up of each film I've watched so far.

My Donkey, My Lover, and I is a lighthearted trip through Cévennes in southern France. Antoinette, a schoolteacher, is in the midst of an affair with the married father of one of her students. He rebuffs her, and she follows him and his family on their trip to the countryside. Of everything I've watched, this was the easiest to understand, perhaps because of its rather straightforward plot. It is fun and charming, particularly Antoinette's interactions with the donkey she's rented for the trip.

Red Soil features Zita Hanrot, who I've come to know through Netflix's Plan Coeur. She plays a nurse who takes a position at the chemical factory where her father has worked for thirty years. It is well assembled, and the cast offers good performances throughout, but it is nothing groundbreaking in terms of eco thrillers. It was interesting to see Hanrot in something so different from Plan Coeur, which I likely would've given up on after the first couple episodes if it weren't for this French immersion quest I'm on. I wish I had more to say about this one.

Faithful is the first time I've seen Vicky Krieps since Phantom Thread. Vincent Lacoste's role is much different than the others I've seen him in (Les Beaux Gosses, Victoria). Krieps plays a Polish woman in France who meets Lacoste, a French-Algerian communist. Lacoste fights for the rights of Algerians, and we see their relationship filtered through this struggle.

Of everything I've watched, this one is the most difficult to evaluate, given the language barrier. It felt thematically aimless. It is not as interested in the love story as much as it is with the politics of the time, but it also does not feel all that interested in an investigation of the French occupation of Algeria. A sympathetic viewer might say it is concerned with what it's like to be an outsider, but it does not go that deep here, either. There are several compelling, memorable scenes, though unfortunately I felt they did not add up to much in the end. Still, my impressions of this one are shaky. I'd be interested in hearing what someone else has to say about it.

And now I recall that I watched only the first third of Gagarine, though not for any fault of the movie. I was simply tired and did not pick up in time the next evening.

Margaux Hartmann is perhaps the greatest disappointment of these. It attempts a sparse portrait of a woman's pain and emptiness after the death of her husband. Unfortunately it leaves too many opportunities on the table, deciding to take a rather typical path. There are not many cinematic flourishes, and we follow Emmanuelle Béart's character with an often handheld camera. This approach might have worked with a less expected script, but given what we have, it does not bring out the best in the material.
Top

Thanks for the writeups, skilar! Faithful doesn't sound particularly interesting but I'm tempted to give it a go given Lacoste and Krieps' participation. And as if I needed another reminder that Vicky Krieps' absence from the public art form is beyond tragic- her snub and hibernation from the spotlight since giving one of the best perfs I've ever seen is just criminal.
Top

Both Krieps and Lacoste are excellent in it, as one would hope. Of these four, Faithful is probably the most interesting, at least to me, though the question is certainly whether or not it's worth $12.

On another note, it looks like Krieps has several films in post-production, including Bergman Island, from Mia Hansen-Løve.
Top

Keep in mind De nos frères blessés (Who keeps coming up with these dreadful English titles?) is only available to rent through noon tomorrow
Top
Post Reply
18 posts • Page 1 of 1