Raymond Cauchetier, set photographer on such films as Breathless, Jules and Jim, and Leon Morin, Priest, dead at 101 from COVID
Top

I love his book, it contains one of my fave pics ever with Godard and Chabrol goofin' around: 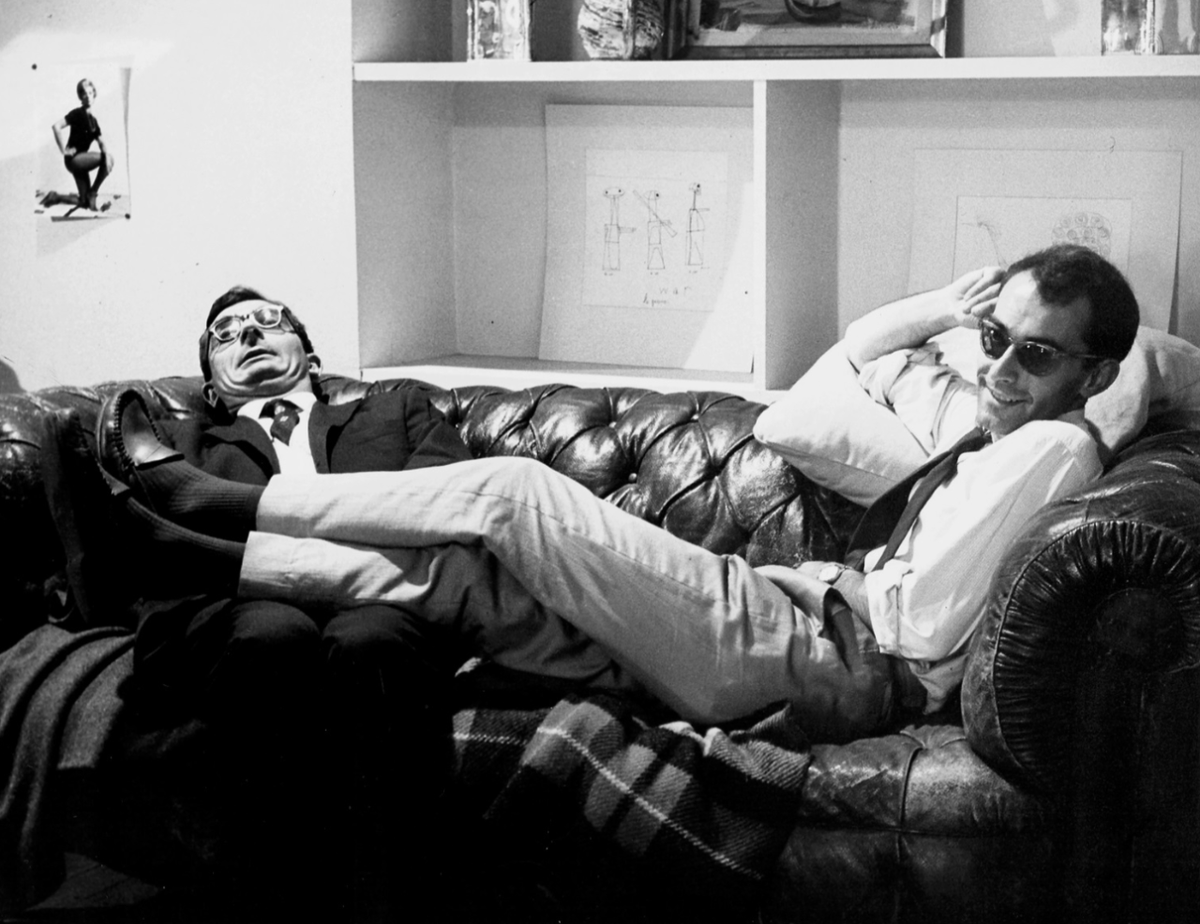 For some reason I cannot link the article but one of the greatest rally drivers, Hannu Mikkola, passed today. One of his finest achievements was being involved with Audi’s rally team during the Quattro’s domination of Group B rallying.
Top

Vernon Jordan, civil rights leader and D.C. power broker, at 85. Coincidentally, the same man (who was later convicted and executed) tried to assassinate both Jordan and Larry Flynt who passed away less than a month ago.
Top

The great Bunny Wailer (aka Bunny Livingston) who founded the original Wailers with Bob Marley and Peter Tosh. He was the last surviving member of that trio, and for my money, Marley rarely matched the same heights with Bunny and Tosh even as he continued to make great music throughout his career. Both Bunny and Tosh also went on to make excellent work, particularly Bunny with the classic Blackheart Man though he's made plenty of strong albums that were never really distributed here.
Top

Jim Crockett, Jr., wrestling promoter out of North Carolina whose company ascended to be major competition for the WWF nationally, even staving them off in much of the south until financial problems meant they had to sell, which in 1988 they did to Ted Turner.
Top

Johnny Briggs, better known as one of Coronation Street's most famous characters Mike Baldwin, died last week. He was one of those great 'love to hate' characters. I like this bit from the article -


A string of lovers followed, and the biggest bombshell came when Mike had an affair with Deirdre Barlow, whose husband, Ken, became his arch-enemy. The 1982-83 love triangle was one of the serial’s most popular storylines, with unprecedented newspaper coverage debating whether Deirdre should stay with Ken. In the end, almost 20 million viewers watched the episode in which they were reconciled. Such was the massive public interest that the electronic scoreboard at Old Trafford – where Manchester United were playing against Arsenal – informed the 56,000 football fans: “Deirdre and Ken united again!”

Weirdly, I have a vague memory of seeing him pop up on a repeat showing of some 70s children's sitcom. As a kid, you're not really aware that actors existed outside of their famous roles, so I remember being excited that I 'discovered' him in something else. However, no obituary seems to mention this show (no idea what it was called) and IMDB doesn't have it listed under his credits (they sometimes aren't great with international TV shows though)
Top

Possibly the 10 December 1977 edition of Tiswas? That's not listed in the IMDB, but it is in his BFI Database entry.
Top

Barbara Kopple just posted that Leon Gast (the Oscar-winning director of When We Were Kings) has passed away.
Top

Actor Trevor Peacock, most of whose career played out on British television (he's probably best known for being a regular in the Richard Curtis sitcom The Vicar of Dibley), but there were occasional small parts in big-screen features, his gravedigger in the Mel Gibson Hamlet (1990) being a good example.
Top

The great Norton Juster, author of many award winning books for young persons who gained immortality from The Phantom Tollbooth, which was illustrated by his Brooklyn neighbor Jules Feiffer. Like Feiffer, he also wrote an Oscar-winning animated short (The Dot and the Line, directed by Maurice Noble and Chuck Jones for MGM). Also a tenured architecture professor at M.I.T.
Top

MichaelB wrote: ↑
Tue Mar 09, 2021 8:41 am
Actor Trevor Peacock, most of whose career played out on British television (he's probably best known for being a regular in the Richard Curtis sitcom The Vicar of Dibley), but there were occasional small parts in big-screen features, his gravedigger in the Mel Gibson Hamlet (1990) being a good example.

Yes, he has late roles as Vince Vaughan's father (!?!?!) in Fred Claus and is in Dustin Hoffman's film Quartet. He is also in István Szabó's Sunshine too.

But beyond the fame of Vicar of Dibley I'll mostly remember him for being all over the BBC Shakespeare cycle of plays in the early 1980s, turning up as the ill fated noble Talbot in Henry VI Part 1, and then fantastic as the proto-Nigel Farage figure of Jack Cade in Henry VI Part 2, whipping up a populist rebellion (another good example of actors playing doubling and interestingly contrasting characters between plays to match Bernard Hill's roles in Henry VI and Richard III). He also plays one of the pimps threatening the virginal Marina in the bawdy brothel scene in the middle of Pericles, Prince of Tyre. And whilst I have not reached it as yet, I see that he actually plays the title role of Titus Andronicus in the final production of that series.
Top

hearthesilence wrote: ↑
Mon Mar 08, 2021 6:46 pm
Barbara Kopple just posted that Leon Gast (the Oscar-winning director of When We Were Kings) has passed away.

Interesting to find out from imdb that Gast was Director of Photography on that late 1960's perils of LSD drama Blonde On A Bum Trip, which I remember Jonathan Ross briefly showing a clip of during his 1995 Mondo Rosso series (NSFW)
Top

Completely agree, and in fact my wife likes to describe herself as being part of "the filth and scum of Kent, mark'd for the gallows" when she's feeling suitably literary.
Top

Isela Vega. Her performance in Bring Me the Head of Alfredo Garcia is one of my favorites.
Top

According to reports Norman J. Warren has passed away.
Top

Voice artist and dialogue coach Nikki van der Zyl, who's probably best known (albeit uncredited) for dubbing the parts of assorted Bond girls in virtually all the James Bond films between Dr No (1962) and Moonraker (1979) - in most cases because the onscreen actress was cast for her looks rather than her ability to speak English (either at all or without a pronounced accent).
Top

Croatian editor Andrija Zafranović - and even if you don't recognise the name (entirely reasonably), you'll certainly recognise the high points of his filmography: Emir Kusturica's Palme d'Or-winning When Father Was Away on Business, Time of the Gypsies and Arizona Dream. More recently, he edited Damjan Kozole's Spare Parts and Rajko Grlić's The Border Post.
Top

Rest in peace to one of the greatest boxers, Marvin Haggler, a man who truly embodied his nickname, Marvelous.

I’m not sure what happened to him, but he passed at 66. I’ve been a casual boxing fan since childhood thanks to my grandfather, and Haggler definitely stands as one of the most unique to ever step in the ring. He was ripped, disciplined, had power in both hands, and his determination and toughness was famously displayed vs Hearns.

It seems that only the judges hated him, Marvin was a true gentleman who will surely get a street or school named after him in his home state one of these days. After his “loss” to Sugar Ray he went to Italy to make movies that perhaps only Italian people have seen, but when he passed I instantly remembered his hilarious appearance in 227.
Top

British motorsports commentator Murray Walker, whose inimitably excitable delivery was both easy to parody and universally acknowledged to be absolutely perfect for the job at hand. I have pretty much zero interest in Formula 1, but Walker's fame was such that even I'd recognise him instantly from mere seconds' exposure.

(Astonishingly for someone who remained so famous - at least in Britain - well into the 21st century, he did his first live grand prix commentary way back in 1949.)
Top
Post Reply
9215 posts