Where do you order your copies, btw?
Top

Thanks. I’ll give it a try.

I ordered my first title from the company I Married a Monster from Outer Space from JB Hi-Fi but I would like to know other alternatives where to get these.
Top

domino harvey wrote: ↑
Wed Jul 29, 2020 8:33 am
The Winslow Boy def seems like an Indicator title. But their Noir box mixes Paramount, Universal, and Sony titles— I thought general wisdom was labels can’t do that?

StudioCanal released it back in February here in the UK.

Apparently the distributor Via Vision are licensing these titles from handles Sony, Universal and Paramount which probably explains how they can include different studios' titles together in one set, but it is indeed quite rare to see (again, here in the UK at least, and I assume in the US too).

I'm just baffled how many of the Paramount titles are untouched by labels like Indicator, MoC, Arrow. Especially things like Hard Eight, The War of the Worlds, The Duellists, A Place in the Sun, The Day of the Locust etc. Frustrating they've all been on the Hollywood Classics site for years showing as 'available' but still not appeared, and then an Australian label is releasing all of them at once.

The optimist in me thinks this might signify a sea change in attitude from Paramount's end in regards to their somewhat hesitant attitude to sub-licensing, and we may well see a lot of these Imprint announcements appear as Indicator, MoC and Arrow titles in the near future. That would be outstanding news for those of us in the UK, not only because it'd be easier to acquire them, but like you say they'd be more likely to create new extras for most of them.
Top

domino harvey wrote: ↑
Wed Jul 29, 2020 8:33 am
The Winslow Boy def seems like an Indicator title. But their Noir box mixes Paramount, Universal, and Sony titles— I thought general wisdom was labels can’t do that?

StudioCanal released it back in February here in the UK.

StudioCanal released the 1948 Anthony Asquith version in the UK. Imprint are supposedly releasing the 1999 David Mamet adaptation which is from Sony. Wonder if that press release is the correct version?
Top

It's definitely the Mamet, the cover art and the specs (including the commentary from the DVD) make that clear.
Top

knives wrote: ↑
Wed Jul 29, 2020 8:43 am
Unless you're a little mad I guess. What's so wrong with these that you'd want another label to release them though?

As far as I can tell, this label uses what the studios give them, so nothing other than the knowledge that no Indicator release has ever been bested by another label. I’ll be buying a lot of these titles come October, though the disparity between the two great and the two not great films in the noir set is certainly striking!

Not always true, Kino's Charley Varrick is superior to Indicator's since it uses a newer 4k restoration rather than the crappy master Universal supplied Indicator at the time of their release. And to a large extent, Indicator is also generally at the mercy of the masters they get, just that usually Sony masters are in pretty good shape. Their Universal sourced releases are way more spotty (eg Charley Varrick, A Dandy in Aspic and Charlie Bubbles).
Top

But they also have David Mackenzie encoding
Top

October titles are now available to order. Here's the full bundle. Not quite as good of savings as usual (13% off individual titles and 25% off of the last two bundles) with only 20% savings this time. Comes to $325 USD shipped (or about $25 per film). Note that Major Dundee is priced the same as the Bob Hope Collection at twice the standard level, while the noir set is only 3.5 times the standard pricing instead of 4.

~$200 for the order I'm contemplating... how do they ship these? I peeked over at the Blu-ray.com forum to see what their experience was and I'm seeing folks waiting months for their shipments to arrive. If I'm paying $35 US to ship something, there's no excuse for it to not be going UPS/FedEx
Top

I won't know until the second batch comes out
Top

They used Standard International for my 3-title order (no idea if they upgrade for larger bundle, or even what the other Australian shipping options are), and my order took approximately one month to arrive.
Top

Mine was tracked and handed to USPS by Australian Post.

Received by Australian Post on May 22 and made its way to Melbourne to be shipped out on May 26. Didn't make it out until July 3 and it cleated customs. Delivered July 13.

Length could've been due to COVID, who knows.
Top

Received by Australian Post on May 22 and made its way to Melbourne to be shipped out on May 26. Didn't make it out until July 3 and it cleated customs. Delivered July 13.

Length could've been due to COVID, who knows.

Just in case people aren't aware there are barely any commercial flights (which do carry mail on them) coming and going out of Australia since the end of April. What few flights there are have been reduced even further in recent weeks as the state Governments requested and were granted a limit on the number of people they have to deal with in relation to enforced 14 day hotel quarantine - this has led to even longer delays for Australians trying to get home. Added to this is Melbourne has not had any international flights for the last 2 to 3 weeks due to a severe COVID-19 outbreak and this is to continue indefinitely until such times at Melbourne is in a position to resume limited international flights (me thinks a few months at best if we are lucky).

Furthermore, if Sydney which is teetering towards a devastating COVID-19 outbreak of its own (more likely than not to happen in the coming few weeks) goes the same way as Melbourne people can pretty much forget about international flights to Australia for the forcible future. The other capital cities simply do not have the capacity to handle a shutdown of Sydney & Melbourne flights no matter how limited they have been.

My understanding is that freight flights are continuing as per usual but priority is given to essential goods. I don't know what the % breakup is in relation to the amount of private mail (including packages) that arrives on freight flights vs. commercial flights. In Australia we have been receiving mail from overseas from anywhere between 2 weeks to 3 months and this has been the case since late March.
Top

Further to my post above, Melbourne is going into a level 4 lockdown in the next couple of days for 6 weeks. This means only essential workers can go to work (i.e. doctors, nurses, carers, police, firemen, vets, etc) so it will not include people packing discs to be dispatched anywhere be it Australia or internationally. I don't know what this means for Imprint as I believe they are based in Melbourne but I would think there could be a delay with the August releases unless they have already moved stock to Sydney or elsewhere.
Top

Don't forget our 8-5 curfew. I didn't think 2020 could get any better than last year, but it's really having a go at it.
Top

Hammer House of Horror: the complete series has been added to the October line-up, as the first in a new Imprint TV line, with new commentary tracks on most of the episodes.
Top 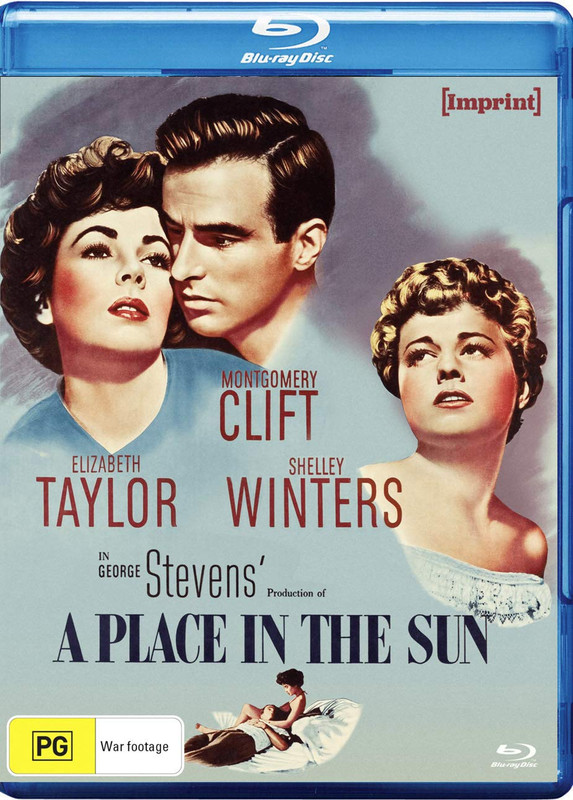 Re: Paramount Catalog Titles on Blu

Kenneth Branagh's marvelous genre pastiche Dead Again coming to Blu from Down Under.

Let's hope DD keeps stocking these, as I got my titles in a matter of days from ordering and with the regularly cycling 10% code it ended up cheaper than importing from Australia as well
Top

My understanding is that every Imprint title is region free, FYI
Top
Post Reply
215 posts