domino harvey wrote: ↑
Fri Jun 14, 2019 3:59 pm
As I recall, Warners initial the Thin Man DVD set was one of their biggest sellers and was partly responsible for Warners going so hard on the box set model for years afterwards. We are truly in different times if now we get a full set of those awful 70s celebrity Scooby Doo cartoons on retail Blu-Ray but this gets a single title Archive release

I suppose the perennial truth of the situation is to never underestimate the selling power of a cute crime-solving dog!
Top

FrauBlucher wrote:It’ll be curious to see how this looks. Isn’t this one of those titles where the source material is not the best. Warner may have spent a fortune on the restoration which might explain this getting a release only in the series.

The 35 mm prints I’ve seen look much better than the dvd or the filmstruck transfer. It looked quite bad on filmstruck, I’m guessing it was a pre dvd tcm element that was directly ported from the tcm server to filmstruck.
Top

Really looking forward to Marauders. Not much significant Fuller left to release on blu (?).
Top

After Summer Stock, Gaslight, and now this, I'm starting to get my hopes up that WAC is turning a corner...

Footlight Parade is sheer cinematic joy. In this Depression-era romp, a timid stenographer (Ruby Keeler) removes her glasses and — wow! — she’s a star. A gee-whiz tenor (Dick Powell) asserts his independence. Plucky chorines tap, greedy hangers-on get their comeuppances, and an indefatigable producer/dancer (James Cagney) and his Girl Friday (Joan Blondell) work showbiz miracles to stage live prologues for talkie houses to keep their company afloat during hard times. Honeymoon Hotel, By a Waterfall and Shanghai Lil are the shows, directed by Busby Berkeley and filled with imagination-bending sets, startling camera angles, kaleidoscopic pageantry and a 20,000-gallon-per-minute waterfall. Curtain up!

Would have preferred Dames but I’ll take it. Marauders is minor Fuller, but I also didn’t think it’d ever make it to Blu, so better it than some grade Z schlock from the vaults
Top 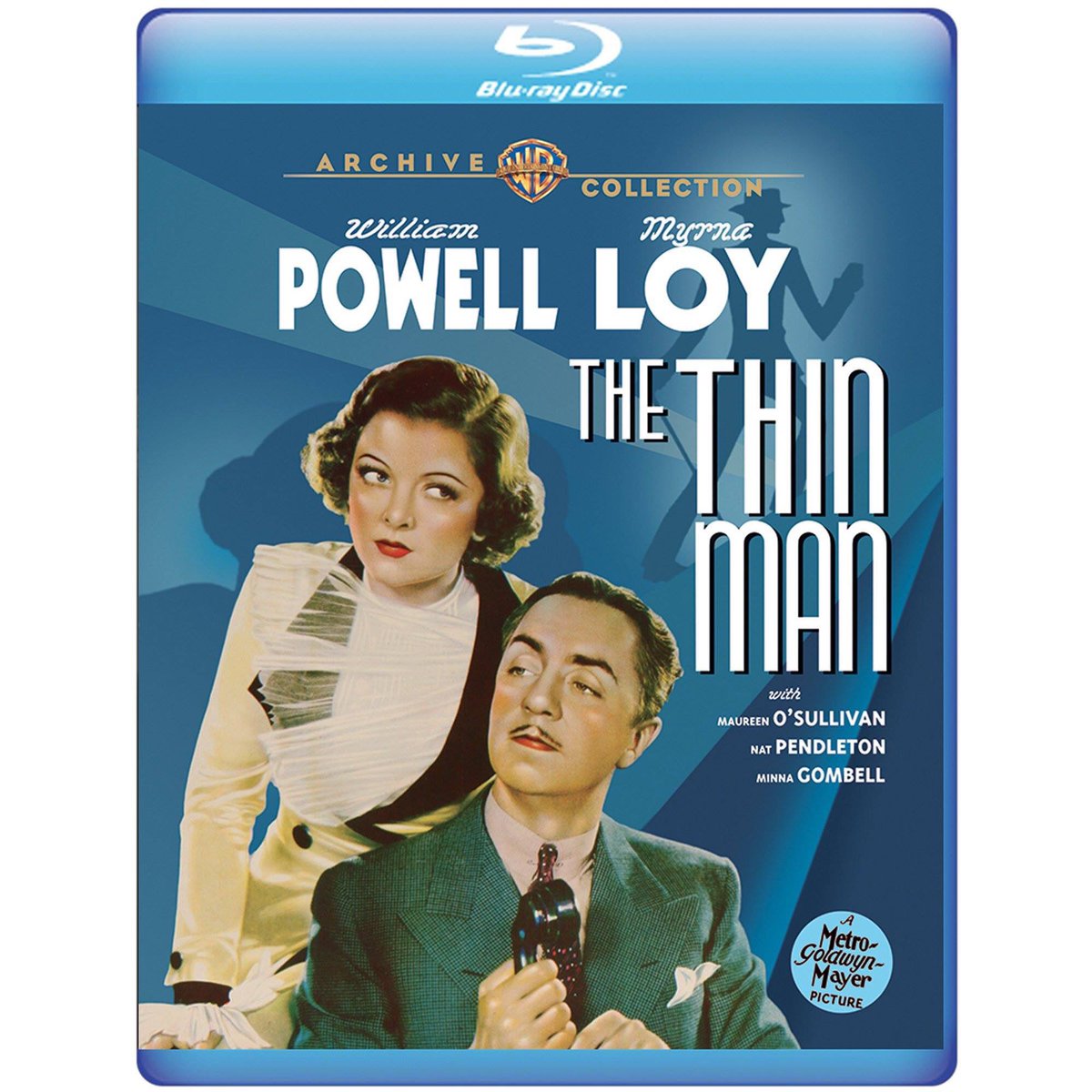 They are acknowledging it's an MGM film on the cover. Don't recall that happening before.
Top

Oh well, I guess another individual title is a small consolation for not getting a Criterion BB box.
Top

Robert Harris over at HTF dropped this little blurb a few days back....

Details for The Thin Man:

I don't really follow much over there. I know he's got inside info from some labels, but does he have any history of it with WAC?
Top

Any idea how 42nd Street sold?

I don't know, but my guess would be it didn't sell nearly as well as their 50s color musicals, just based on them going back to that latter well far more often.
Top

What Ever Happened to Baby Jane? and A Streetcar Named Desire have moved from the mothership to WAC
Last edited by FrauBlucher on Sat Jun 22, 2019 3:04 pm, edited 1 time in total.
Top

So much of the popular Warner Brothers classics are now part of the niche label that was designed for lesser known films?
Top

The best bet for Streetcar (for the Region B compatible) seems to be the French Brando Collection, which in addition to Mutiny on the Bounty also includes Reflections in a Golden Eye, which the WAC people haven't seen fit to release at any point in the approximately seven years since the Blu-ray label was launched. I wonder if Reflections might go to Criterion, since they have a track record of releasing other Huston films, other 1960s Brando, and Wise Blood.
Top

I should warn that the French release of Reflections in a Golden Eye is very bad - forced French subs, which could be stomached if the image wasn't awful, barely HD quality, and with extremely washed out colour.
Top

Warner Archive Collection covers the past, present and future at 2019 Comic-Con International with a trio of entertaining panels slated for the weekend – a Thursday celebration of Popeye’s 90th Birthday; a Friday revisit to the landmark V: The Original Mini-Series, currently being remastered for Blu-ray; and a spotlight on The Jetsons (for its upcoming newly-remastered-for-Blu-ray release) and the terrific primetime history of Hanna-Barbera.
Top

Hooray! And none too soon, just when I was finally coming back round to considering buying the DVDs. Hopefully The Final Battle will follow soon after. Still not entirely sure I need the series, but I'm sure a Blu-Ray set would convince me Warner.

I just hope they honor their gem of a DVD release and make the disc/s flippers.
Top

Yes, I was very impressed with the level of detail on Gaslight, a more sumptuous-looking film than I remembered, which really threw the unrestored SD transfer of the 1940 version into sharp relief. (I'm still glad they included it, even though I know it's in stronger quality elsewhere.)
Top

John Ford's Wagon Master is getting a blu upgrade per their Facebook page. It's nice to see Warner Archives finally releasing/announcing actual classics again this summer.

The rivers are wide and rapid. The desert is vast and unforgiving. And when the trail turns craggy, men use pickaxes to dig grooves for the wagon wheels. Mother Nature can be overcome, but human nature remains deadly and unpredictable: Outlaws are using the Mormon wagon train as a hideout from a pursuing posse.

John Ford’s Wagon Master is one of the legendary filmmaker’s personal favorites, a visually stirring celebration of Western will and cooperation set to the soundtrack crooning of the Sons of the Pioneers. Ben Johnson, Harry Carey Jr., Ward Bond (who would later lead TV’s Wagon Train) and other familiar Ford stock company players take the reins in this glorious paean to the pioneer spirit. “Wagons west!”

Another exciting upgrade (Warner Archive has been on a roll):

Adventure and intrigue await all ye who venture into the small and sinister village of Moonfleet on the windswept moors of Dorsetshire. Particularly as directed by master-of-menace Fritz Lang, this colorful tale of a young boy’s experiences among some really bad companions enthralls in the tradition of Kidnapped and Treasure Island.

Here, young John Mohune (Jon Whiteley) arrives at his ancestral estate, now owned by the dashing, and mysterious Jeremy Fox (Stewart Granger). Out of love for the boy’s mother, but against his better judgment, Fox grudgingly allows John to stay. He soon becomes attached to the boy, but his devotion is tested when John discovers a hidden smugglers’ lair beneath the village graveyard and learns a shocking secret that could cost both him and Fox their lives.