Discuss DVDs and Blu-rays released from Arrow and the films on them.
Forum rules
Post Reply
264 posts
Message
Author

colinr0380 wrote:I suppose little did Jasper know that Theo would be the chink in his hideaway's armour.

I kind of thought that based on what we know of Jasper's character, he would have loved to go out the way he did. He was an infamous political cartoonist, former activist, radical idealist, and a revolutionist sympathizer. He has been hiding out in the woods smoking pot and cracking jokes while taking care of his invalid wife and living a peaceful, yet probably rather unrewarding life. Then, out of nowhere, Theo, who has also turned his back on his former political quests with the debilitating death of his son, brings the revolution right back through Jasper's front door. I would dare suggest that Jasper's eyes light up just a little at the idea that he has once again become an important factor in the fight for positive reform in the world. He's a consummate rebel that had been pacified and lulled into a sense of comfort, but all the while the human race was slowly dying around him and he had lost the will to fightâ€¦ until this pregnant woman walks through his door. This is the death for the cause he had always dreamed he was destined forâ€¦
Top

True, and it probably beats the suicide plan he was considering, letting him die a hero. It is interesting though to wonder whether he let Theo into his life hoping that one day that kind of situation would occur or whether it caught him unawares and allowed him to capitalise on it to have a final heroic moment.
Top

The novel is now being adapted into a TV series.
Top

Just watched this again tonight. Jasper's monologue about faith and chance has been swirling around in my brain since seeing it again, for the first time in awhile. I'm no good at waxing philosophic about things like that here, but I must say it's put my own life in perspective, where things have come my way and I either let them slide or hung onto it. I could appear to be talking out my ass on this one, but I felt it was worth sharing here.
Top

I wonder if Cuaron had seen Possession.
Top 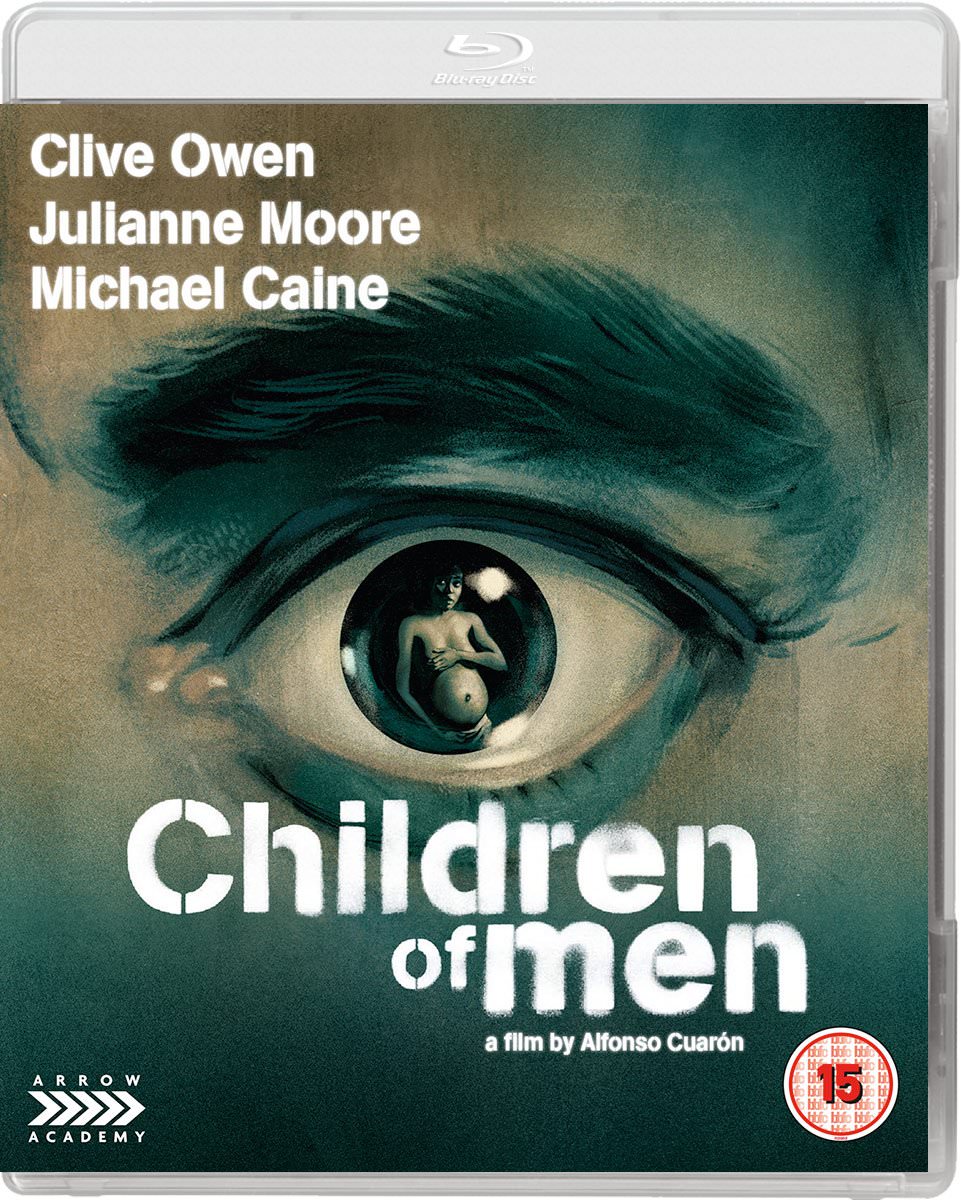 This is a pretty big-deal release for Arrow, and to be honest I’m surprised they didn’t put it as a Video title because it could pretty cozily fit in.
Top

I held off on buying the studio Blu-ray in hopes Criterion would get this. Is this UK only?
Top

We’ll find out in 20 minutes, but I think it’s fairly likely Arrow picked up both this and Gosford from Uni for US/UK.
Top

That'd be fine by me. I was hoping for a Criterion, but Arrow will do just as good (or better) of a job.
Top

It's actually just the older extras already on the Universal disc. He did an audio commentary and participated in a philosphical 30 min featurette for this release, and both are ported to the Arrow release. He doesn't appear more than this here.
Top

Oh cool, I guess I never bothered to look at the extras on the old disc
Top

If you're interested in that, the 3 technical ones are quite good. I also recall one (or maybe it's part of these 3 ?) about how part of the movie's scientific background actually already is visible IRL (especially the loss of fecondity at a worldwide level).
Top

That reminds me that Cornel Wilde's No Blade of Grass would make for a good Blu-ray rescue at some point.
Top

I’m very excited for this. This sits nicely somewhere in my top 20 in this century. I thought Criterion had a chance to release this and still may. If the pq is on point I’ll pick up the Arrow.
Top

This might be one of Arrow's best surprises in a, while. What an amazing film this is.
It always amuses me how Lubezki didn't win either for this or Tree of Life...
Top

Half of the interview will consist of snorting I'm told.

Anyway I recall seeing this in High School and sort of being okay with it. At the time I don't really think I appreciated craft though. Time for a rewatch. Perhaps age and wisdom will do me better this time.
Top

How is “pull my finger” not classic, award-worthy dialogue?
Top

That's nothing new and as far as I understand a case of people in industrialized nations opting out of having multiple children or children at all rather than some biological problem.
Top

knives wrote: ↑
Sat Nov 10, 2018 8:28 pm
That's nothing new and as far as I understand a case of people in industrialized nations opting out of having multiple children or children at all rather than some biological problem.

Correct. Millenials are not having children for a variety of reasons now. A know more than a few people who wouldn't care one bit if they became infertile and I type that entirely with a straight face. It's just not a thing anymore.
Top
Post Reply
264 posts