Discuss DVDs and Blu-rays released from Arrow and the films on them.
Forum rules
Post Reply
29 posts
Message
Author 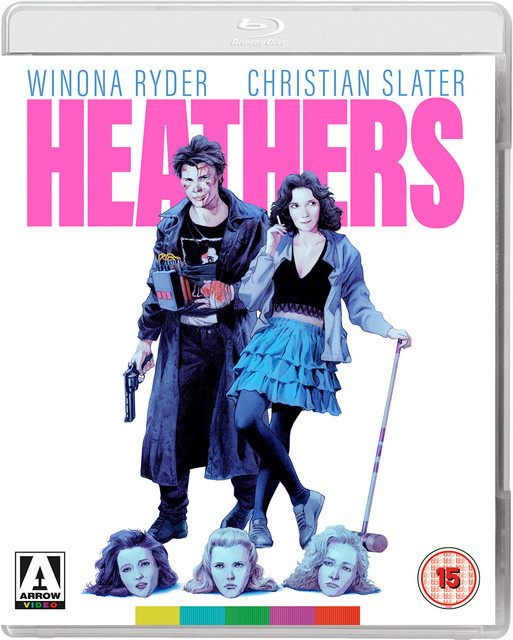 I'm surprised no one had reissued this sooner, it has such a devoted cult around it.

That said, I'm not exactly a fan - I haven't seen it in a while but I thought it was self-conscious to a fault. It felt like the filmmakers believed what they were doing was very clever and patting themselves on the back for it, but the final result felt pretty smug and superficial.
Top

Since the August titles have already been announced, I’m guessing this might be September?
Top

I suspect this might be an Arrow Video rather than Arrow Academy title.
Top

God, I hope this includes Michael Lehmann's unbelievably great USC thesis film, Beaver Gets a Boner, which was directly responsible for
him getting the job to direct this.
Top

Confirmed for August, UK only
Top

This is one of my favorite movies and happy to see it get the Arrow treatment.
Top

I liked Heathers well enough but I loved Lehmann's follow up, Meet the Applegates, which unfortunately flopped. I doubt we'll ever see that on BD.
Top

I think we should all just be thankful that there is no way even a boutique label will release Hudson Hawk.
Top

I'm pretty sure Kino Lorber will at some point! If it was Arrow we'd get surely get copious 20+ minute interviews with the cast, Break Me Off a Piece of That Kit-Kat Bard: A conversation with David Caruso, &c
Top

I received this mysteriously early directly from Arrow. No more releasing early, it arrived two days after my shipping was announced. Not that I'm complaining.

Sound and audio are very strong with this and far better than the hazy blu ray of the past (I have yet to see the film in any other format). The extra are all very thorough, particularly the interview with Daniel Waters which is predominantly Scott Alexander and Larry Karaszewski berating him and getting nostalgic about college days.
Top

Got this in the sale and it came without a booklet FYI. First time that's happened to me. Must be a quick seller.
Top

It is a fairly popular 80s cult film. I wasn't surprised when mine arrived without a booklet.
Top

I’m starting to think the Internet was a mistake
Top

Thanks for the laughs!

You don't have to lose too much faith in the 'net, since most of the commentators are trashing the article, though I appreciate less the comments accusing the writer of being a beta male cuck
Top

I don't appreciate this solipsistic millennial view the world is only recently a terrible place and that it wasn't in 1989 or before.
Top

Once again, Pixelated Boat is the salve in our collective wound: 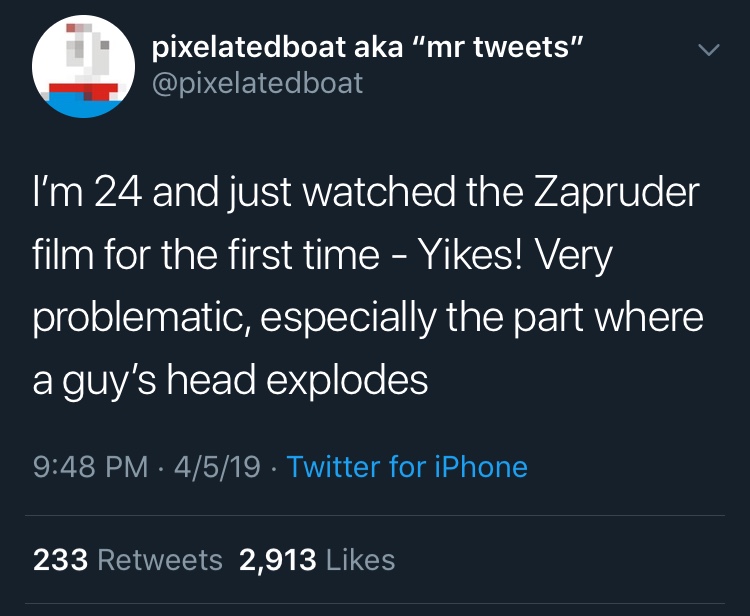 He really is the best, and I didn't know until now that this article is what he was referencing!
Top

Verily, as a wise man once said, "Everything Is Terrible!".
Top

"Less than 15 minutes into 1989’s dark comedy “Heathers,” a rebel teenager played by Christian Slater pulls out a gun and fires blanks at two homophobic jocks, a move that would get him arrested today. My roommates and I sat there with our jaws open: Was this supposed to be funny?"

I'm seeing more and more of these pieces popping up, and I think it's just part of the freedom of expression people have gotten from the Internet, a freedom that mostly seems to be used to write pieces despite having no skills or enough knowledge to do so. But hey ! I can do it, why shouldn't I ?
Top

The issue inevitably becomes how a younger generation reacts to previous generations material. It's a poorly written article by someone expressing shock and it really shows. The difference here is that it's not poorly written enough and far too much effort has gone into it for it to be your typical shitpost. He's legitimately sincere here and that's precisely why it's so awful in my opinion. What I find interesting is his lack of perspective outside his own, in the sense that an entire world, with different concepts, ideas and beliefs could not have possibly existed before his. I don't think it's at all irresponsible to look back at past works and say "Wow that's not good." but you know, maybe attempt to understand it all in context?

What is truly remarkable is that this article has been dunked by people from all walks of life online and that's how you know you've delivered something particularly bad. Hopefully Omar learns from this.
Top

I couldn't phrase properly what my understanding about these pieces is, but I guess it could be summed up this way : I doubt their writers are good at analysing movies as a whole, while it should be an absolute pre-requisite for this kind of work, especially on such hot topics, and them being young or not so much don't seem to come that much into account (the Blow Up's piece writer is 51).
Top
Post Reply
29 posts