In what may be a super obvious statement, if it's done right and priced well I don't see any downside to this - presently the WatchTCM interface leaves a ton to be desired as it still doesn't support HD and often looks pretty crummy as such. If a paid alternative subscription which features more diverse support across devices is in the offing, I'd be first to sign up.

(And also maybe it'd be nice for them to keep things on their website more than seven days, but I'm sure there's a contractual reason for this and I'm not expecting it to change)
Top

I don't think I'd be quite as irritable about their lack of HD if it hadn't had the "HD movies are coming!" message since the day it launched.
Top

I really want to see the "The Passion of Joan of Arc" with live orchestra.
Top

If you like Westerns, TCM is showing 100 westerns this month, every Tuesday and Wednesday.
Top

On July 24 and July 31, TCM will be showing several films that will be in Kino's upcoming Pioneers of African-American Cinema set.

They're also exploring America in the 70s every Thursday in July. While most of the movies in this line-up are pretty standard, frequently played titles, there are a few of interest, particularly The Stepford Wives (long OOP) and Looking for Mr. Goodbar on July 14, and Jerry Schatzberg's Scarecrow on July 28.
Top 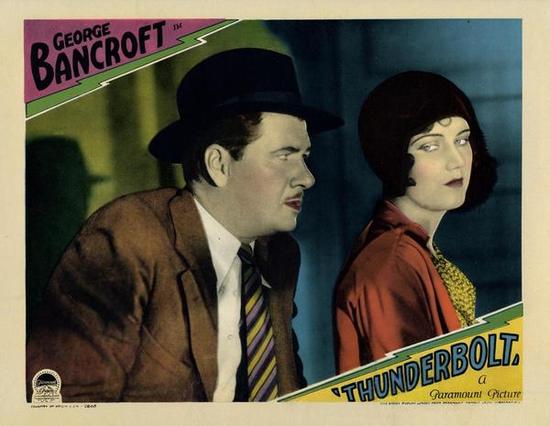 I do hope they end up showing it, though!
Top

As it's a midnight showtime it's listed on the previous night's page. It's kind of backwards but it makes sense in its own way.
Top

Is it any good?
Top

The Wedding March is on a few hours earlier...
Top

I do hope they end up showing it, though!

Werewolf by Night wrote:Is it any good?

Except for The Saga of Anatahan, this 1929 release is probably the most underrated of Josef von Sternberg’s sound pictures, and it’s underrated for the same reason: Sternberg is known almost exclusively as a visual stylist, but the most exciting thing here is the highly creative sound track. It’s Sternberg’s first talkie–a near remake of Underworld, a spiritual romance about a doomed gangster, with the same lead (George Bancroft) and Fay Wray–and although this is a minority opinion, I find it better than the original in many ways. With Richard Arlen and Tully Marshall.

I've never heard of this and was further tickled to read that none other than Pat Hingle plays the gentleman caller! Dearly hope I get to see this one day and compare it to other adaptations and stagings I've seen previously.

Sticking with TCM, apparently they've been showing Warner's in-progress restoration of Alfred Sole's Alice Sweet Alice since the start of this year, which I'd love to see too despite it being cut. Stupid Atlantic Ocean in the way.
Top 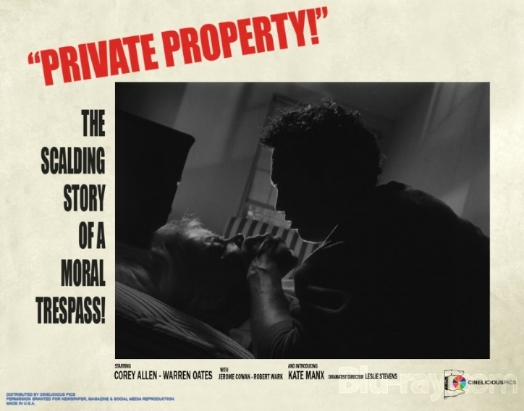 TCM is reviving their old "Darkness After Dawn" film noir showcase on Sunday mornings, now called "Noir Alley." A different film noir every Sunday morning at 10:00 am eastern, hosted by Eddie Muller. They have posted the entire schedule through next January!
Top

That is a remarkably conservative list - I was going to make a joke about how one of them isn't really a noir or something but pretty much all of them are clearly within the delineation. I guess they figured if something *wasn't* really a noir they'd get angry letters from rabid noir fans.
Top

TCM is looking for people to become part of its "Inner Circle" (some sort of consumer feedback panel). Take the survey to see if you're their type: http://myt.cm/InnerCircleFB" onclick="window.open(this.href);return false;
Top

Those questions are rather invasive, I think I will have to live apart from this inner circle
Top

TCM PRESENTS THE MASTER OF SUSPENSE:
50 YEARS OF HITCHCOCK

Damn. already missed opportunity to record Manxman. (I have it on one of those Hitchcock PD collections but the disc is kaput so I've never seen it).
Top

Wait, are you sure you missed it? The schedule looks a little funky, but I think those early morning times listed under Wednesday may be for Thursday - notice how they list the evening times first. I don't look at TV listings with nearly the same frequency that I used to, but at least for daily newspapers, I recall TV listings usually listing shows in chronological order while disregarding the change of day at midnight - with that in mind, I'm wondering if we're seeing the same thing here, albeit in a sloppy manner.
Top