Jeffrey Wells wrote: ↑
Sun Aug 15, 2021 9:50 pm
"Side issue: Speaking of NY-area boozing and whatnot, what to make of a certain Irish-Italian from middle-class New Jersey stock who can’t control his hostility?…I was raised not too far from his old neighborhood…in WASPier, moderately mellow, middle class Westfield with a drinking “Mad Men” dad. In the combative high school culture that I was forced to grapple with I used to resent the socially aggressive and pugnacious “guineas” in that town…so the party in question is partly a would-be James Joyce, partly a Sonny Corieone macho type…the other side is that the party in question, an AA guy, has the manner and attitude of a dry drunk. My father (who turned sober in ‘75) was the same or similar…he had charm and politeness when it served him, but he could be sullen, snippy, dismissive and scowling from time to time. Rest assured that the party in question is the most relentlessly toxic human being I've ever known in my life. He keeps saying: "I'm up here, Wells, and you're way down there."

As always, he couldn't mask his bitterness that someone else - in this case, Anne Thompson - was invited to a preview screening and he wasn't.


"Thompson was invited to see it the other day at the Steve Ross theatre on the Warner Bros. lot, you see, and there was wine and cheese and whatnot served in the lobby, and it was all very lah-dee-dah."

One commentator felt pity for Wells and extolled his desperate yearning for acceptance in a culture that has increasingly left him behind.


On a basic human level, I genuinely feel terrible for Wells. To spend an entire lifetime doing what you dearly love, what you feel compelled to do in your core, only at the very end to be told by The Powers That Be (TM) that you are no longer welcome anywhere, that your opinions are verboten, that the only way you get to practice your craft is to pay for it yourself like an audience chump... that's got to be a miserable place to be.

47 years, and this, this is his lasting reward, the consequences for burning most every professional and personal bridge along the way. He will continue to blame it on woke scolds and shifting political winds, of course. Samurai poet cowboys are not ones for introspection and reassessment, of course.

It's a shame. It's Shakespearean. If life was just, Jacob Marley would shamble out of the Movie Poop Shoot HQ bathroom and show 2000s Wells what's become of 2020s Wells, and avoid this fate altogether.

Alas, life is not just, life is toil.

Wells couldn't leave this alone and proclaimed that 2017 was the moment that everything apparently changed. What this has to do with Dune - or people liking Dune - I am not exactly sure, but he is certain that he didn't get small, Film Twitter did.

All bad events are exactly the same, I guess, so the Spanish Inquisition is the same as the Hollywood blacklist, which is the same as the Great Purge, and they're all the same as when Dr. Yueh betrayed Duke Leto Atreides. Is "woke Twitter" Baron Harkonnen or the Guild Navigator?

If anyone really believes they're "exactly the same person" they were in 1994, then there's the problem. I believe we're supposed to keep learning and maturing in adulthood, and it has nothing to do with falling in line with the exact ideology of some nefarious cultural gatekeepers. There's been a whole array of voices and opinions on the internet since, well, 1994, but lately there are more that seem to make many white boomers feel judged and cornered. But no one on Twitter is forced to be in lockstep with anything except things that violate TOS, and even that is barely enforced. This dude will probably be a raving narcissist the rest of his life.
Top

I can't remember where I came across it, probably online somewhere, but there was a statement along the lines of: if you've gone through life without realizing at one point you were an asshole then chances are you're still an asshole.
Top

That might have been what it was! Ha! The saying stuck with me but couldn't remember where I came across it.

That's a great quote of course, but the way Chris put it to be about self-awareness as to the course of your own life feels truthful in a whole other way
Top

This line is frequently quoted in the HE comments section.
Top

That goes much further back than Justified, but it’s a great line wherever it originated.
Top

One commentator wrote some clearly racist garbage about Markle. You don't have to be a Markle supporter to see this as what it is.


Markle doesn't have to but if you go around dunking on white people for racism, privilege, supremacy, etc, which she does, one has to wonder why she prefers whites and wants her kids to look like them if they are so incurably bad. You can fight for one's rights without poo-pooing the other community but if you do than overwhelming dating/marriage preference for that community makes one wonder about your true motives. Also see AOC, Ilhan Omar, Kamala Harris, Jordan Peele, Kumail Nanjani. They all dunk on whites and yet married/date whites.

Wells assures us that - while he deplores "actual racism" - "her relationship history speaks for itself."


I hate knee-jerk pearl-clutchers who default to “I smell racism!” every second or third comment. I’ve had it with you. I despise and am repelled by actual racism as much as anyone else, and I'm up to here with hysterical accusations and attempts to condemn willy-nilly.

And as far as Markle is concerned, she's an ambitious player. She's always gone for the power & the dough. Her relationship history speaks for itself

Lest we all forget his heart-touching tribute to Alex Trebek, landing on this humble bragging.


Jeffrey Wells wrote: Be that as it may, when historians do their research about what life was really like in this town and what really mattered deep down, they would be foolish to ignore the deep-dish samurai rumblehog ruminations on Hollywood Elsewhere. They SURE AS SHIT won't be exploring the Jeopardy archives, I can tell you that.

If he’s not banned already from every studio event and function, he will be after that
Top

That’s just how you roll when you’re a deep-dish samurai rumblehog.
Top

Evidently he was invited to whatever screening he saw it at though - who on earth invited him to even a mildly sensitive event like this?
Top

Jack Kubrick wrote: ↑
Tue Sep 28, 2021 5:07 pm
Lest we all forget his heart-touching tribute to Alex Trebek, landing on this humble bragging.

Jeffrey Wells wrote: Be that as it may, when historians do their research about what life was really like in this town and what really mattered deep down, they would be foolish to ignore the deep-dish samurai rumblehog ruminations on Hollywood Elsewhere. They SURE AS SHIT won't be exploring the Jeopardy archives, I can tell you that.

I couldn't find rumblehog on Urban Dictionary, but deep-dish means "to place one's face in someone else's booty and motorboat it until it becomes sloppy with fecal matter usually topped off with a mystery sauce". I wonder if rumblehog was a typo for rumble log: "The placement of an erect penis between another's buttocks whilst flatulating." What samurai means in this context is anybody's guess.
Top

Times like these make me so glad I'm not on Film Twitter, or any other social media outlets where this would be reposted. To think some of us have been anxiously waiting for two years on top of the announcement and production timelines to have it spoiled by a "professional" communicator..
Top

To be fair, no one that I saw actually reposted the info, just that Wells had posted it (though of course you should always be glad that you are not on Film Twitter...)
Top

No, he wasn't invited to the "No Time To Die" screening.

According to HE's Own Felix Leiter - Jordan Ruimy - it was actually Sasha Stone who spilled the beans.


I didn’t tell Jeff the ending, Sasha did. Anyways, knowing Jeff, he probably did it out of spite for not being invited to the screening. He’s, more or less, been blacklisted by every publicist in L.A.

Wells justified his decision in a "sorry, not sorry" follow-up, which he published after deleting the original post.


Invite me to a screening and ask me to sign an NDA or otherwise keep it zipped until a certain date…sure. But no invite and no NDA…tough shit. That was my viewpoint earlier today.

Wells also deleted to comments and banned users that pointed out what a pathetic move this was before putting the article behind his paywall in order to create the illusion that he has more active subscribers than he actually does.

Wells has always been an unstable loser with a victim complex, but he's now graduated into being the most tiresome person on the planet. Or, as someone commented on Twitter, this was

Who knows if Ruimy's claim is actually true, but I'd love it if this incident somehow took out a bunch of the worst film journo grifters in one fell swoop - if he also wants to frame, like, Grace Randolph, fine by me
Top

May I say a little something? 74 year-old [Richard] Jenkins is too old to have had an affair. The workout club manager he played in Burn After Reading, maybe, or the guy in The Visitor or the gay FBI agent in Flirting With Disaster but his Humans dad is way, way past it. Grey haired, paunchy, neck wattle…forget it. In movies as in life you’re allowed to have crazy extramarital affairs up until your early 60s (if you look good), but not beyond that. 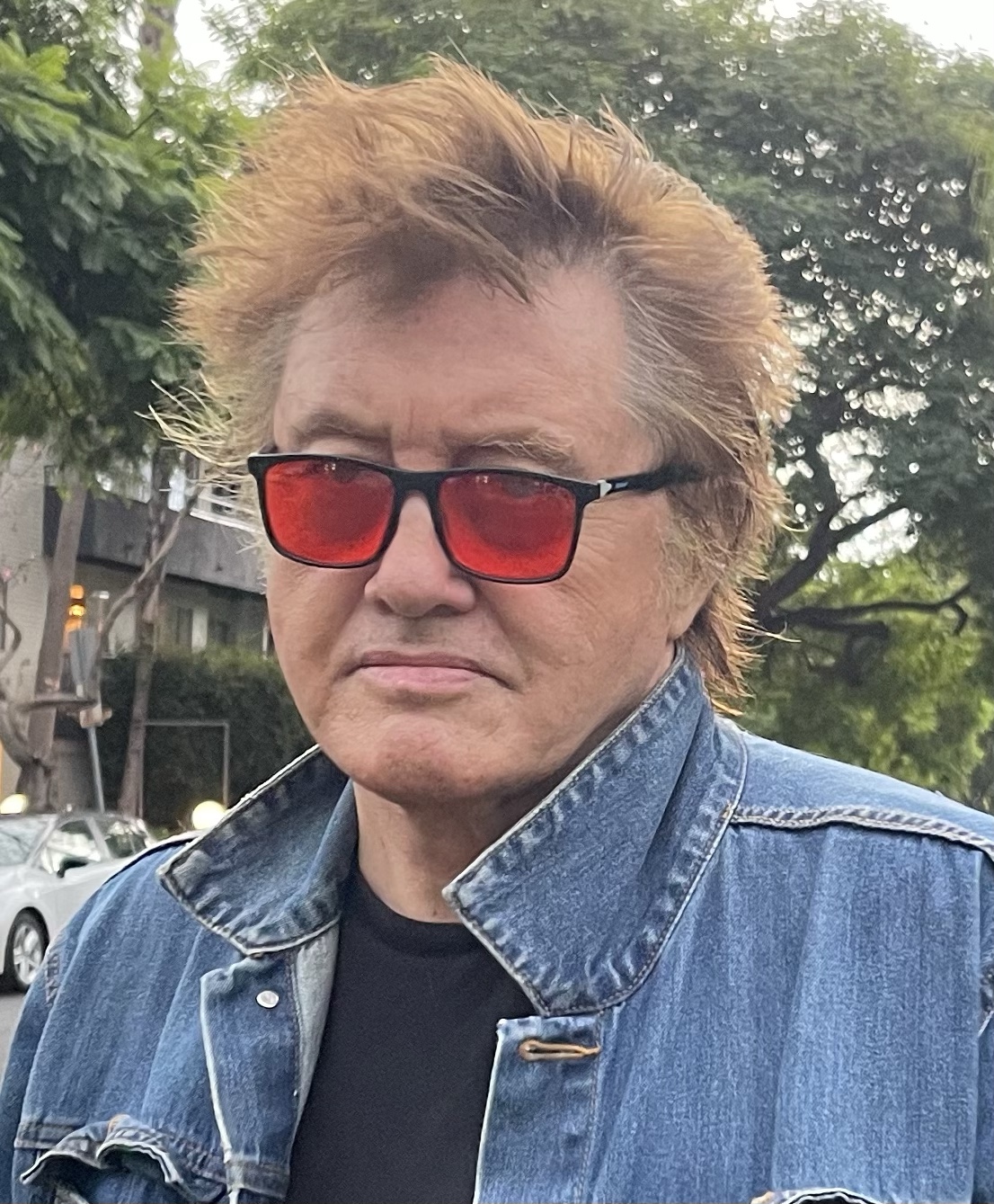 Now I'll never need to wonder what you'd get if you mixed this with this: 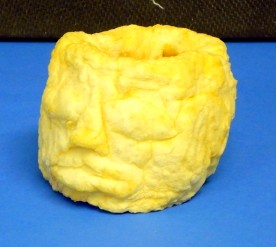 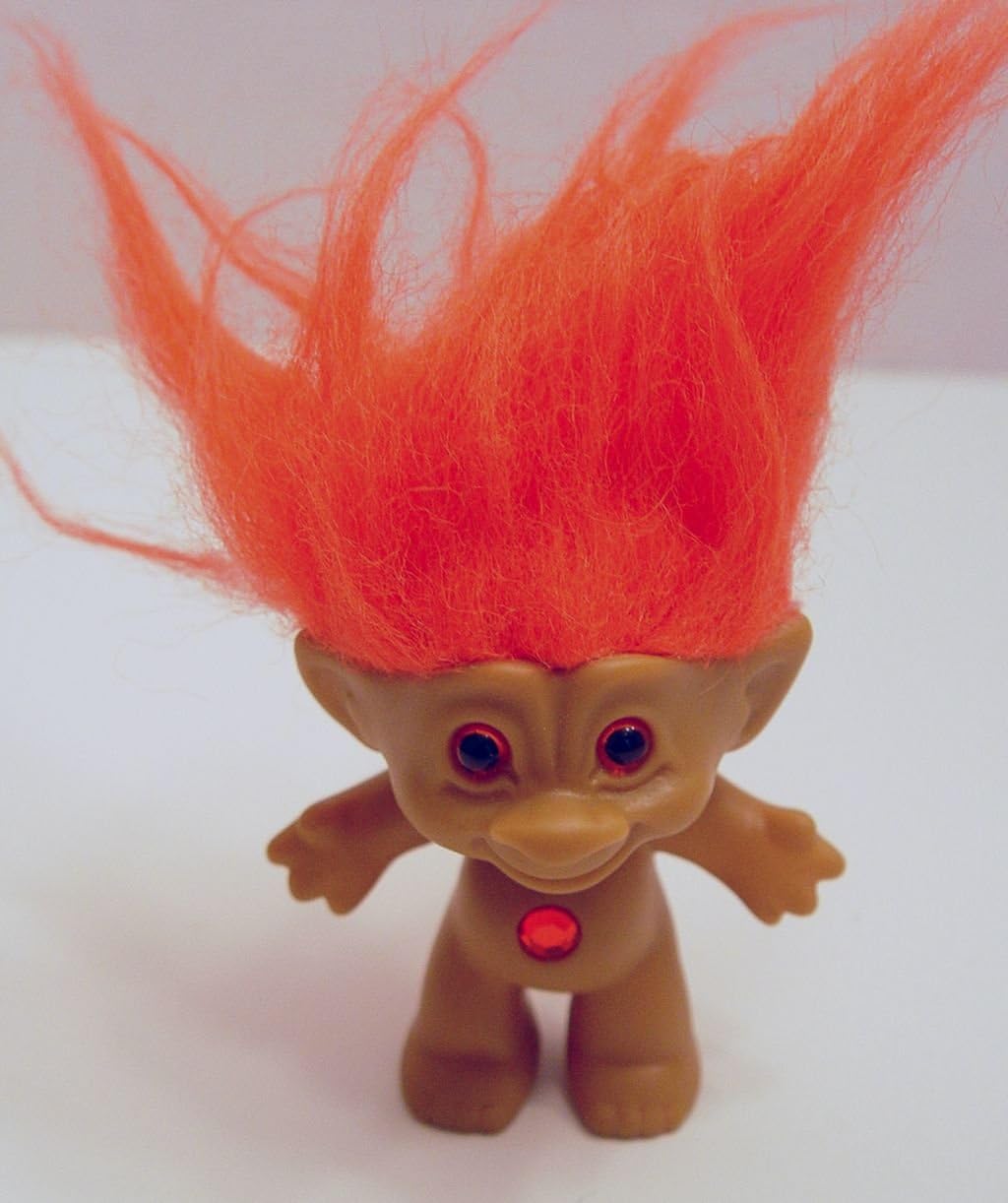