Oh, fantastic! After two recent series on Lang near me, I'm trying to work my way through the rest, and this is one of the ones that wasn't in the local run. I was dreaming WAC would oblige...
Top

That is exciting, I don’t think TCM has even shown it in HD.
Top

Nic Roeg's the Witches, for the first time on home video in widescreen! 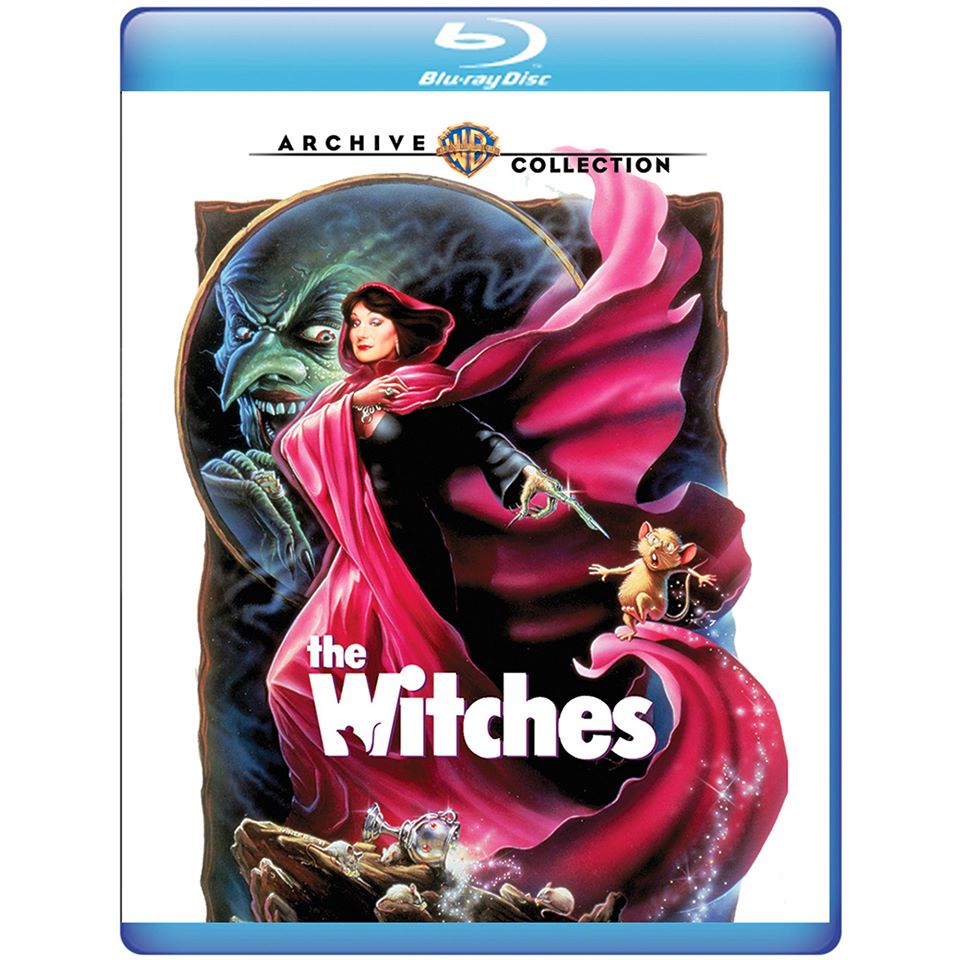 Kinda surprised they didn't hold off on releasing it until Zemeckis' version hits theaters late next year.
Top

This was a formative movie for me.
Top

Very glad to see titles like Moonfleet, The Witches, Gaslight, Footlight Parade, and The Thin Man getting released. I went to add thse to my WBShop Wish List and found no way to do that any more. I called them to confirm, and found out that they discontinued the "Wish List" function for any new adds. (Your old entries remain for the time being.)
Top

While movie fans were abuzz over who might play Scarlett O’Hara in the upcoming Gone with the Wind, Bette Davis got another Southern-belle role – and gave a fiery performance that won the 1938 Best Actress Academy Award®. Davis plays Julie, a New Orleans beauty whose constant attempts to goad fiancé Pres Dillard (Henry Fonda) to jealousy backfire. Angry and disgraced, Pres breaks their engagement and leaves town. Julie endures a year of remorse until Pres comes home – married. Then her vengeance explodes.

Jezebel is also noted for its sumptuous sets and costumes, Fay Bainter’s Oscar®-winning* performance and William Wyler’s vivid direction, highlighted by a horrifying re-creation of a yellow fever epidemic. But the film’s greatest strength is Davis, whose titanic talent has never been better displayed than in Jezebel.

Another month of this and my grudge against WAC might be officially ended.
Top

This month was all movies with a conceivable audience, did someone get fired?
Top

Wow... I guess Robert Harris is on point so far. Now, I'm looking forward to August's announcements. A Night at the Opera would be spectacular.
Top

They just outdid the past several months combined of Arrow Academy announcements.
Top

V and the Jetsons: Complete Original Series were also formally announced (though already leaked). Busy month, hope they keep up this pace!
Top

A very impressive annoucement line-up from Warners this month. I'll be getting The Witches, Moonfleet & Jezebel.
Top

was there some sort of corporate shuffle/ merger and WAC now gets a release budget?
Top

I mean technically yes? AT&T has now fully acquired WB and have begun small changes (like axing “niche” platforms like Filmstruck) so I wouldn’t be surprised if they even reshuffled WAC’s priorities.
Top

I know that a couple of these recent title announcements have been years in the pipeline. Sometimes they just need the extra time.
Top

The Thin Man.... bluray.com....Another excellent bluray. WAC continues to do some of the best
Top

I watched The Thin Man last night, it looked truly luminous. Didn't care enough to check out either of the extras (a radio performance and an episode of the TV show) but that's not really a criticism. I seem to change my mind about the film every time I see it -- I always love the Nick and Nora segments but go back and forth on whether I find the whodunit elements engaging at all, and this time I really didn't, but a couple of years ago I had a fantastic experience revisiting it and was on board with the whole thing. It's the kind of wavering opinion that makes me loath to trust myself on much of anything! But I'm happy to have my own copy of this so I can stop borrowing my parents' boxed set when I want to watch Powell and Loy trade innuendos.
Top

These WAC Blu-ray transfers really are marvelous. I’m not sure Auntie Mame has many fans on this board (even I’ve seen it so many times that’s it’s no longer enjoyable to watch). This is now my fifth purchase of the film on home video (after VHS, laserdisc, DVD, and iTunes), and I watched it many times in the ‘80s on AMC before all that (in an atrocious pan-and-scan version). The new Blu-ray transfer makes me feel like I’m seeing the film for the first time. The colors are bright, absolutely vibrant, and true to a mid-50s Technicolor film, and the image is as about as crisp as the film stock, lighting, and lenses of the time (as well as movie star vanity) could allow. The sets and costumes have always been the real supporting characters in this film, and I now notice the integrated color schemes of each set piece and so many fine details that were just never apparent before. The sound mix seems much richer and fuller now too. It also has a music-only track, so I guess I can really test myself on having the entire script memorized.
Top

Touch of Class and Popeye Vol 3 coming next month
Top

Perhaps the brain worms are finally taking hold but I was under the impression that Warners wasn't going to do more Popeye if the previous set didn't sell well? This looks like a promising confirmation that it didn't bomb.
Top

Glad to hear A Touch Of Class is coming, that’s a nice lowkey romantic comedy largely forgotten nowadays even though it was rather improbably nominated for Best Picture and won Best Actress
Top

Perhaps the brain worms are finally taking hold but I was under the impression that Warners wasn't going to do more Popeye if the previous set didn't sell well? This looks like a promising confirmation that it didn't bomb.