I'm wondering what the status of the "Charley Varrick" release is - still slated for 2019 I hope.
Top

Insider just said on the blu forum that it's coming out in November.
Top

I can highly recommend the two early Andrei Zvyagintsev films included in this sale, especially The Banishment, which may be the best by one of the world's best working filmmakers
Top

Posted at HTF but for some reason not here:


Coming to DVD and Blu-ray August 20th from Kino Classics in a new 4K restoration!

Winner of the Golden Lion at the 1961 Venice Film Fesitval, Last Year at Marienbad (1961) is a hypnotically beautiful puzzle box of a film, and one of the most influential in history. Alain Resnais’ sensuous tracking shots and Delphine Seyrig’s iconic Chanel gowns have become part of the cinematic lexicon, and can now be seen in a gorgeous 4K restoration from StudioCanal. 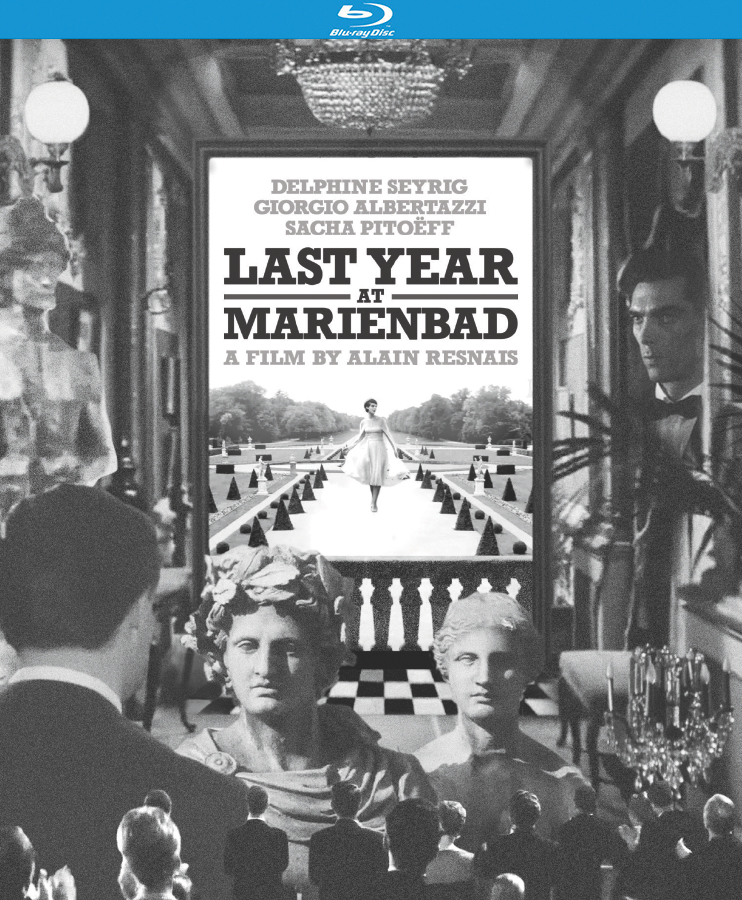 DarkImbecile wrote: ↑
Tue Jun 04, 2019 2:10 pm
I can highly recommend the two early Andrei Zvyagintsev films included in this sale, especially The Banishment, which may be the best by one of the world's best working filmmakers

Couldn't agree with you more.
Top

It has come to our attention that the 5.1 on the NIXON: THE DIRECTOR'S CUT Blu-ray Disc is out of sync.

Is the form working? I didn't see a "Submit" button.

Day one purchase for my favorite Tourneur.
Top

The UK Panamint Blu-ray is too dark and green to appreciate the beauty of the film. Hope there's another HD master out there.
Top

Coming to DVD and Blu-ray August 20th from Kino Classics!

(1949) B&W 106 Minutes 1.37:1 Not Rated
Kind Hearts and Coronets was voted #6 on the BFI’s list of the greatest British films of all time! Sir Alec Guinness (The Lavender Hill Mob) became an international star with his extraordinary performance as eight different characters in this 1949 Ealing Studios classic. Dennis Price (The Frightened Bride) is sublime as an embittered young commoner determined to avenge his mother’s unjust disinheritance by ascending to the dukedom. Unfortunately, eight relatives—all played by the incomparable Guinness—must be eliminated before he can do so. Co-starring Joan Greenwood (The Man in the White Suit), Valerie Hobson (The Bride of Frankenstein) and Hugh Griffith (Start the Revolution Without Me), with top-notch direction by the great Robert Hamer (It Always Rains on Sunday) and beautiful photography by Douglas Slocombe (The Lion in Winter).

(1951) B&W 81 Minutes 1.37:1 Not Rated
The Men Who Broke the Bank and Lost the Cargo! Sir Alec Guinness (The Captain’s Paradise) received his first Oscar nomination for Best Actor in a Leading Role for his delightful performance as Henry Holland, a meek clerk who devises an ingenious plan to rob a fortune in gold bullion from his own bank. But when Henry and his odd accomplice (Stanley Holloway, My Fair Lady) melt the gold into souvenir Eiffel Towers to smuggle into France, their perfect crime becomes a disastrous caper of Cockney crooks, customs chaos and an ill-timed group of schoolgirls, all leading to some of the most hilarious and unexpected surprises in criminal history. Sidney James (of the Carry On series) and a young Audrey Hepburn (Sabrina) co-star in this beloved Ealing Studios hit directed by Charles Crichton (Dead of Night) that won the Academy Award for Best Screenplay by T.E.B. Clarke (Who Done It?). Beautifully shot by the great Douglas Slocombe (Robbery, Raiders of the Lost Ark).

(1951) B&W 85 Minutes 1.37:1 Not Rated
In this definitive Ealing comedy, Sir Alec Guinness (The Lavender Hill Mob) delivers one of his most beloved performances as Sidney Stratton, an eccentric chemist who one day invents a fiber that never wrinkles, wears out or gets dirty. But when the mill owners and workers both realize that this miracle fabric will destroy their industry, Sidney suddenly becomes the most hunted man in the nation. Can a young idealist trapped between big business and mad unions find safety in science, or will the future of Britain become unraveled by one extraordinary suit? Directed by Alexander Mackendrick (The Ladykillers, Sweet Smell of Success), The Man in the White Suit received an Oscar nomination for Best Screenplay by Mackendrick, Roger MacDougall (A Touch of Larceny) and John Dighton (Roman Holiday). Co-starring Joan Greenwood (Kind Hearts and Coronets), Cecil Parker (Under Capricorn) and Michael Gough (Konga), with stunning black-and-white cinematography by the great Douglas Slocombe (Raiders of the Lost Ark, Indiana Jones and the Temple of Doom, Indiana Jones and the Last Crusade).

Will Kind Hearts and Coronets use the newer 4K restoration ?
Top

B&W 87 Minutes 1.37:1 Not Rated
Gold and Greed in an Alaskan Boomtown! Screen legends John Wayne (Reap the Wild Wind), Marlene Dietrich (Witness for the Prosecution) and Randolph Scott (Western Union) shine in this action-packed adventure set against the backdrop of the turn-of-the-century Nome Gold Rush. When honest prospector Roy Glennister (Wayne) gets swindled out of his mine claim, he turns to seductive saloon singer Cherry Malotte (Dietrich) for assistance in his battle with no-good town kingpin Alexander McNamara (Scott). It’s an adventure as wild as the Northwest Territory itself, featuring an all-out fight to the finish between western icons Wayne and Scott that’s considered one of the most spectacular action sequences ever filmed. Directed by Ray Enright (Return of the Bad Men) and based on a book by Rex Beach (The World in His Arms). Beautifully shot by the great Milton R. Krasner (All About Eve).

B&W 92 Minutes 1.37:1 Not Rated
Men of Steel! Women of Fire! The dream team of John Wayne (The Searchers), Marlene Dietrich (The Blue Angel) and Randolph Scott (The Spoilers) co-star in this rags-to-riches tale of friendship, love and power. Beautiful Josie Winters (Dietrich) inspires coal-mining buddies Pittsburgh Markham (Wayne) and Cash Evans (Scott) to better their lots in life. Competing for Josie’s affection, the men rapidly climb to the top of their profession. After greed tears the two friends apart, it takes a world war to reunite them, as they refuse to let their patriotism be overshadowed by an age-old rift. The stellar cast includes legendary Stooge Shemp Howard (Soup to Nuts), Thomas Gomez (Ride the Pink Horse) and western icon Paul Fix (Red River). Directed by Lewis Seiler (Guadalcanal Diary).
Top

Will all of the Alec Guinnesses die in your version?
Top

Color 123 Minutes 1.37:1 Not Rated
From Cecil B. DeMille, the legendary director of The Sign of the Cross, Cleopatra, Samson and Delilah and The Ten Commandments comes this turbulent, swashbuckling tale with an all-star cast, set in 1840s Key West. Reap the Wild Wind stars Ray Milland (The Lost Weekend), John Wayne (Rio Bravo), Paulette Goddard (The Ghost Breakers), Robert Preston (Junior Bonner), Susan Hayward (Rawhide), Raymond Massey (Abe Lincoln in Illinois) and Charles Bickford (The Big Country). A potent combination of romance and adventure, the film centers on a headstrong independent woman played by Goddard. Along the seaboard of the American South, cut-throat salvagers who profit from the wrecks of transatlantic cargo ships move from exploiting shipwrecks to causing them. As the most dangerous of the salvagers, King Cutler (Massey), takes aim at the ships of the wealthy Devereaux Company, ambitious ship captain Jack Stuart (Wayne) and company lawyer Stephen Tolliver (Milland) vie for the hand of feisty Loxi Claiborne (Goddard). Winner of the Academy Award for Best Effects, Special Effects and nominated for two other Oscars, Best Cinematography (Color) and Best Art Direction - Interior Decoration (Color).
Top

Why is Kino Insider dodging my question? I can only assume they're releasing a cut version with all of the deaths removed
Top
Post Reply
3076 posts