What A Disgrace wrote:I'm guessing Halloween and The Fly.

Which Fly though?
Top

UK port of Hobgoblins and When Dinosaurs Ruled The Earth.
Top

The Fly would be great as we've had to make do with dated masters. I wish they'd also go after Spider, one of Cronenberg's less famous but among his best films.
Top

With the whole Disney buying Fox, what are the odds that any new Fox deals are happening right now?
Top

What A Disgrace wrote:I'm guessing Halloween and The Fly.

Halloween and Dawn of the Dead!
Top

Waddell has pretty much revealed that one of these titles is almost certainly Halloween. With Arrow presumable having the Romulus films library in the US; I suspect the other is a UK only release of The African Queen. (Paramount in the US, Romulus in the UK) The UK release already seems to only be available via third party sellers on amazon.co.uk :

Someone considers the African Queen a once in a lifetime project? Vom
Top

As I said on the other forum, UK releases of Halloween and The Good, The Bad and The Ugly would seem to fit the bill (probably in boxsets with other films).
Top

nitin wrote:As I said on the other forum, UK releases of Halloween and The Good, The Bad and The Ugly would seem to fit the bill (probably in boxsets with other films).

I'm certainly many of us would love to see a version of TGBU that Kino hasn't messed up. I'm clamoring for a stacked version of Halloween as well though.
Top

When he was interviewed, what did Simeoni list among his dream projects?

I believe I recall NOTLD (which has simultaneous US and UK Criterion releases forthcoming], Eraserhead, Holy Mountain...

Can we narrow it down, from what we already know?

Did he ever mention The Fly or Halloween before?

I would love for Cronenberg’s The Fly to be the one, as it was given a terrible release by Fox which didn’t appear to have HD level detail. I feel it’s one of the greatest horror films of the ‘80s.

On another note, I find myself hoping for a rerelease of Day if the Dead, which no one has really done right, yet. Surely at the top of “in need of a fresh remaster” list.
Top

The Arrow staff pick their favourite releases of 2017

Kevin appears to be hinting at Fear and Loathing in Las Vegas?
Top

The 2 Back in stock titles are Carrie and Shock Treatment.


While I understand how this change allows for Arrow being making the news now on a weekly basis, I can't say I'm happy now having to follow their announcements on a weekly basis (which will be more dispersed and will for sure lead to some releases being overlooked / missed).
One backfire effect I'm expected will be a dilution of the announcements. By spreading them this way, while it will take away the now recurring complaint "Uh ! So many re-releases / So few new releases !", it will dilute the size of the line-up and making the announcements smaller as a whole. Plus, it will take away the anticipation and excitement of the announcement day by making them closer to each other in a way (the same way, say, The Force Awakens was more eagerly awaited because the wait was longer than for The Last Jedi).

In any case, I wish they focus more on fixing and improving their new website instead.
Top

tenia wrote:In any case, I wish they focus more on fixing and improving their new website instead.

It will be possible for Arrow to consider realise Visconti's Vaghe Stelle dell Orsa (aka Sandra)??

Yes, it is a irresponsible conjecture, but neither Criterion nor Masters of Cinema seem interested in this movie. I must remember that was restored in 2013 by the Cineteca di Bologna, and exhibited in the section of Classics in the Venice Festival.

No BluRay edition was realised in USA or UK to date. 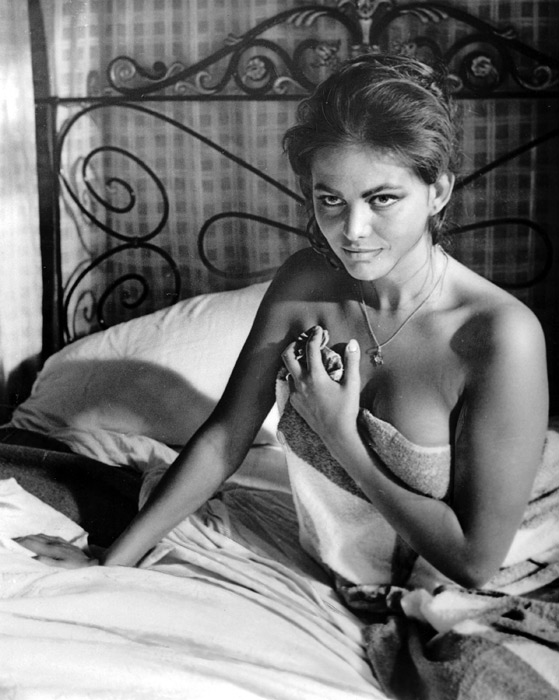 Probably in my top 5 most wanted on a decent DVD, yet alone blu-ray!
Top

Rights to Vaghe stelle dell' Orsa are with Sony, which means that it's only available to Indicator or Criterion in the UK. I did notice recently that Hollywood Classics, who Arrow and MoC mainly licence their studio titles through, now rep (some) Sony Pictures titles which might mean that they're open to licensing more indiscriminately in the future but we'll have to wait and see.

Roger Donaldson's Sleeping Dogs might be too obvious. I'd love for it to be an Arrow restoration of Robert Downey Sr.'s Pound.
Top

Calvin wrote: Roger Donaldson's Sleeping Dogs might be too obvious.

i haven't seen this but reading at imdb, wouldn't this be an Arrow video release?
Top

I'd guess it's some type of pun around a title incorporating the word "Lie" rather than something directly adjacent to sleeping dogs.
Top

Calvin wrote:Rights to Vaghe stelle dell' Orsa are with Sony, which means that it's only available to Indicator or Criterion in the UK. I did notice recently that Hollywood Classics, who Arrow and MoC mainly licence their studio titles through, now rep (some) Sony Pictures titles which might mean that they're open to licensing more indiscriminately in the future but we'll have to wait and see.

Not necessarily just Indicator or Criterion. I wouldn't say Eureka have folded quite yet on the Sony front, not least because Indicator haven't managed to sign several key titles yet. I have sent lists to Indicator to ask if they happen to have any of them planned in the near future, and was most recently told only one of these ten were locked in:

Most likely of those is Nightfall, but Our Man in Havana, The Swimmer, Fail-Safe or Beat the Devil wouldn't feel out of place either (well, none of them would be really, but one or two might end up going to Criterion in the long run; e.g. Shampoo, Modern Romance).

I also know of at least one UK boutique who are looking to sign a few titles from Sony soon, and last I heard they were close on finalising a deal. So sounds like Indicator and Eureka are no longer the only UK-based label seizing the opportunity to source from a newly available catalogue (from a studio who scarcely sub-licensed to the likes of them before now). Arrow could well be doing the same, especially with Indicator already looking into other studios' catalogues (e.g. Universal).

PS: also worth noting that Indicator have not yet licensed anything not in the English language, so the Visconti title is more likely going to go to Eureka (assuming they're interested; possibly Arrow Academy or BFI if they manage to set up their own deals with Sony). I do hope Eureka dip into the Sony catalogue again, as they might also be able to get Snake in the Eagle's Shadow (to go with Drunken Master), and possibly The Big Gundown or Mothra too. I'd also be interested in Kusturica's Time of the Gypsies and Clouzot's La Verité (the latter could be with Criterion though).

Roger Donaldson's Sleeping Dogs might be too obvious. I'd love for it to be an Arrow restoration of Robert Downey Sr.'s Pound.

I did suggest Sleeping Dogs on Facebook, but reckon that'd end up being Arrow Video. I also suggested it previously when they had a picture of a dog as a clue (ditto Renoir's La Chienne). Reckon there are some canine enthusiasts working at Arrow, at least those in charge of the visual clues.
Top

This has been up for half an hour, and aside from the sound of shrugging shoulders, not a peep yet on this board. But I'm interested in seeing more early Pabst, and Sleeping Dogs also sounds fascinating. I got the Godard film for Christmas, and I almost regret it, as the booklet on the Arrow release looks like a damn beast.
Top

I'm sure many of us get our Arrow news from the board to begin with, so I don't think silence is indicative of anything, especially if it's only been thirty minutes since the titles were announced...
Top
Post Reply
1378 posts