Hi, I am a new member to the board, and an avid Criterion collector and movie poster collector. I was looking for a little help to see if there is any comprehensive list of the posters that Criterion has released themselves. Is anyone aware of a complete list?

I have e-mailed Mulvaney, but I would imagine that inbox is flooded with brown disc or Eraserhead requests, and likely wouldn't get an answer any time soon.
Top

If you're interested in the prints from Bottleneck linked earlier, you can get 30% off your order this weekend using HOLIDAY
Top

I'm a neophyte in the world of original movie posters so forgive me if this has been asked before. I'm not interested to buy very rare stuff (at least not yet) but would like to know if you had any sites to recommend that can be trusted to sell authentic stuff. There is obvisouly ebay but it seems difficult to tell between fake, re-prints and originals there. I'm currently looking at movieposter.com. Anyone here had any experience buying from them?
Top

I've bought several vintage posters for decent prices from http://www.emovieposter.com/-" onclick="window.open(this.href);return false; they seem to be good about vetting for authenticity and quality.
Top

matrixschmatrix wrote:I've bought several vintage posters for decent prices from http://www.emovieposter.com/-" onclick="window.open(this.href);return false; they seem to be good about vetting for authenticity and quality.

Damn. More competition. I'm convinced that someone here is the bidder: "laposhal"
Top

Some older movie posters will place a box around the name of an actor in the film, but I've never understood why. Taxi Driver springs to mind as an example, which highlights both Jodie Foster and Peter Boyle, but no one else. What is the reasoning for this?

It's interesting that you mention this, because I just watched The Strange Case of Dr. Jekyll and Miss Osbourne last night, which places a box around Patrick Magee's name in the opening credits. Why? I have no idea, but am curious to know the answer.
Top

I always thought it was a way to, how do you say, highlight a bigger star, I guess, that may be in a smaller role or is simply further down the chain of credits. I remember it usually being around the "and so-and-so" credit at the end of the cast list on a poster. But I guess the Jodie Foster example there might go against that logic. And then Cybill Shepherd gets a bigger font and no box, so... yeah...
Top

I'm assuming it has something to do with each actor's contracts, bigger names get the "AND" or "WITH" credit and given the wide use of this kind of movie poster boxing in the 70s and 80s, presumably this too was just de rigueur for crediting in the era
Top

This practice continues even today, but I can't remember where I last saw it. like Domino, I assume it is a contractual negotiation, just like "introducing" , " featuring" and "as the Bandit" or whatever.
Top

Like on TV shows where they have a "Special Guest Appearance" by some older actor who thinks the project is beneath him, but who clearly needs the work because he's a series regular and shows up on 80% of episodes.
Top

Speaking of this kind of crediting in-film, I was rewatching the House on Haunted Hill remake last night and Peter Gallagher's name didn't come up in the opening credits for a while, and so as a fairly big name not immediately credited I knew he'd be the "AND" but then he was the "WITH" and though I've seen the film countless times, for a brief moment I couldn't imagine who the "AND" was going to be (You can have an "AND" without a "WITH" but not the other way around). Of course the "AND" turned out to be
SpoilerShow
Chris Kattan, who is even funnier than I remembered here (to add one more unpopular opinion to the already unpopular opinion of liking this movie), but I'd never peg him as a bigger "get" than Gallagher. Dude obv had a good agent
Top

I recently bought an original poster for Oliver Stone's JFK on eBay. The poster was supposed to be 27x40, but when I went to frame it I found that it was actually 27x40.25. I was hoping to use an affordable frame from Michael's because I can't spend money for something custom. Does anyone have any suggestions on how to deal a slightly oversized poster?
Top

You could ask the kind folks at the Michaels frame shop to trim the edges for you. Otherwise maybe take it to a custom sign shop and have them trim 1/8 inch from either side to get your needed dimensions.
Top

Whatever you do don't trim the poster. Why bother with an original poster if you have it trimmed? There are a number of places to get bargain frames for movie posters. You check out spotlightdisplays.com or hollywoodposterframes.com. These are go to budget places for film poster collectors.

If you want to do something really cheap, go to a thrift shop and buy an oversized frame for cheap and then buy a mat for the frame.
Top

Get a 27 X 41 frame, which you won't find at Michaels but which can be obtained easily for cheap online. I picked this one up from FrameUSA for $42 plus shipping:

Also, measure the 27 X 40 frame's interior: frequently the true size is slightly bigger than the stated size (by fractions of an inch, mind), so this may not even be an issue
Top

Thanks for the advice, fellas. Domino's advice on the frame's interior helped because I had another frame on hand that was big enough. I'll try out FrameUSA though in the future, especially for older posters in 27x41 dimensions.
Top I got this framed a couple of weeks ago, after owning it for a while.

I have an original The Human Condition: No Greater Love poster and a Japanese release of Le Cercle Rouge that need to be framed, too.

I think I have more posters at this time than walls in my apt.
Top

Some of those "Revenge of the Jedi" original posters look mighty tempting...
Top

I recently picked up some reproductions from Rue Royale Fine Arts, and am very happy with them. They used to be known as S2 Art Group, and teamed up with the AFI about a decade ago to create the 100 Years, 100 Movie Posters list. They have since been slowly but steadily creating lithographic reproductions of the posters on this list, along with a few others. The company retains a professional chromist on staff to help reproduce the image as authentically as possible on their 19th and early 20th century lithographic presses. 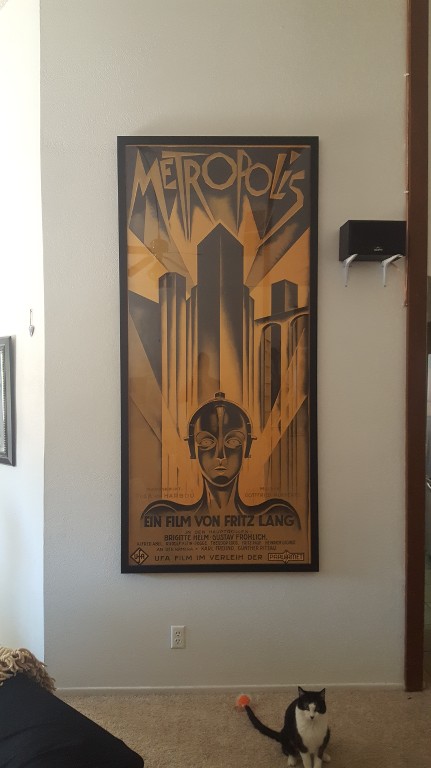 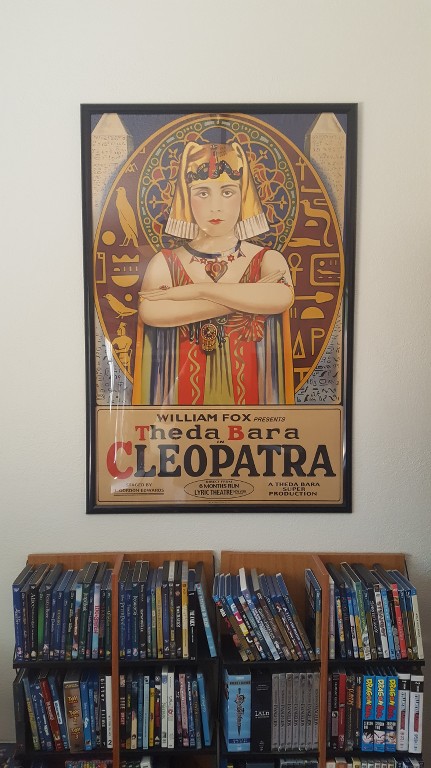