A site update will be performed Friday night, around 9:00pm PST. Forum may be unavailable for a few hours.

Would there really be a chance that The Prestige get an Arrow release?
Top

Pretty much none.
Top

That's the wrong kind of hat for it to be Miller's Crossing (not that that means it's a bad guess!)
Top 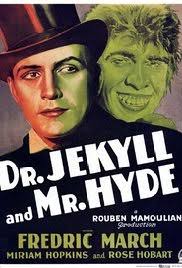 Don't know why everyone is ignoring the obvious... 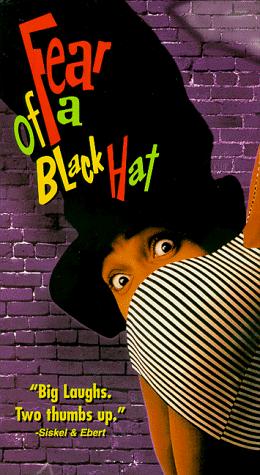 I think that version of Dr. Jekyll and Mr. Hyde is with WB.
Top

Is the hat the same style that Stewart wears in The Far Country? (Haven't seen the film).
Top

Someone on Twitter guessed El Topo, which, given how Arrow's clues usually go, is probably correct.
Top

dwk wrote:I think that version of Dr. Jekyll and Mr. Hyde is with WB.

In the States, yes.
Top

I would expect any Jodorowsky would be on the Arrow Video line, not Acafemy.
Top

dwk wrote:I think that version of Dr. Jekyll and Mr. Hyde is with WB.

In the States, yes.

Ah, I see Hollywood Classics have it as Universal in the UK, but WB released it on DVD in the UK. So, maybe.
Top

ianungstad wrote:Is the hat the same style that Stewart wears in The Far Country? (Haven't seen the film).

It's actually the kind of hat worn by John McIntire's character in the movie, Gannon...

TBH I suspect Hollywood Classics is mistaken about the '31 Dr. Jekyll—as a pre-1950 Paramount it would be with Universal, except MGM bought it from Paramount to do the '41 remake and WB eventually inherited it via the Turner library. Park Circus also lists the film in their catalog and they have it as a WB title.
Top

I would expect any Jodorowsky would be on the Arrow Video line, not Acafemy.

I could easily see it being Academy. Borowczyk was Academy, the Vincent Wards were Video...it's not always obvious where Arrow will place them.
Top

I think the Astaire/Rogers film TOP HAT is actually the best guess. It’s an RKO title so, yes its with WB in the states, but most of the RKO library is held by Universal in the UK.

After Criterion’s release of Swing Time I would love to see Arrow tackle the team as well.
Top

I believe that the RKO library changed hands from Universal to Warner in the UK a few years ago - hence the Warner releases of Citizen Kane, King Kong etc.
Top

I think it will be for El Topo as part of the Jodorowsky set, but if anyone is going to put out Michael Mann's director's cut of Blackhat it will surely be Arrow; it's a Legendary/Universal film like Crimson Peak.
Top

Again, I feel like most are forgetting that this hint is for Arrow Academy, NOT Arrow Video.
Top

I know you're joking, but Arrow releasing a special edition of Blackhat would be pretty awesome.
Top