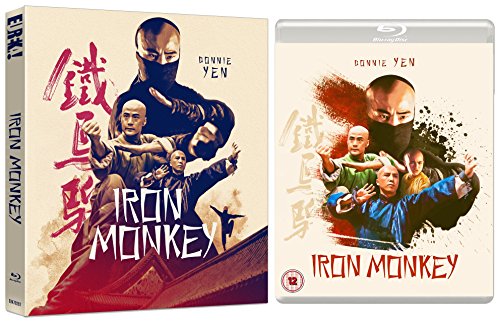 Flash Announcement! IRON MONKEY, Yuen Woo-ping’s kung-fu classic will be released for the first time on Blu-ray in the UK on 18 June 2018, as part of the Eureka Classics range featuring a LIMITED EDITION O-card, Collector's Booklet (First Print Run Only) and presented from a stunning 2K restoration. Available to pre-order now http://amzn.to/2IGADPx" onclick="window.open(this.href);return false;

A breathtaking action adventure from perhaps the greatest action choreographer of all time, Yuen Woo-ping’s IRON MONKEY combines mind-blowing fight choreography, with a classic story of courage, honour and sacrifice.

Wong Kei-ying (Donnie Yen; Ip Man, Rogue One), a physician and martial artist, is mistaken for a masked vigilante known as the IRON MONKEY (Yu Rong-kwong); a Robin Hood style hero who has been robbing the wealthy local officials in order to provide medical treatment for the poor. The two men must team up to defeat a corrupt political regime, and protect the lives of the people whose cause they champion.

Return to “Masters of Cinema Rumours and News”