Discuss DVDs and Blu-rays released by Eureka/Masters of Cinema and the films on them. If it's got a spine number, it's in here.
Forum rules
Please do not clutter up the threads for MoC titles with information on pre-orders. You can announce the availability of pre-orders in the MoC: Cheapest Prices / Best Places to Buy / Pre-Orders thread. Any posts on pre-orders in any other thread will be deleted.
Post Reply
337 posts
Message
Author 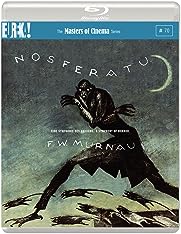 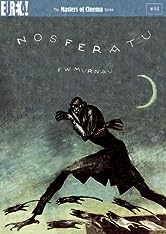 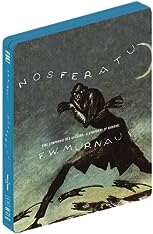 An iconic film of the German expressionist cinema, and one of the most famous of all silent movies, F. W. Murnau's Nosferatu: A Symphony of Horror continues to haunt — and, indeed, terrify — modern audiences with the unshakable power of its images. By teasing a host of occult atmospherics out of dilapidated set-pieces and innocuous real-world locations alike, Murnau captured on celluloid the deeply-rooted elements of a waking nightmare, and launched the signature "Murnau-style" that would change cinema history forever.

In this first-ever screen adaptation of Bram Stoker's Dracula, a simple real-estate transaction leads an intrepid businessman deep into the superstitious heart of Transylvania. There he encounters the otherworldly Count Orlok — portrayed by the legendary Max Schreck, in a performance the very backstory of which has spawned its own mythology — who soon after embarks upon a cross-continental voyage to take up residence in a distant new land... and establish his ambiguous dominion. As to whether the count's campaign against the plague-wracked populace erupts from satanic decree, erotic compulsion, or the simple impulse of survival — that remains, perhaps, the greatest mystery of all in this film that's like a blackout...

Remade by Werner Herzog in 1979 (and inspiring films as diverse as Abel Ferrara's King of New York and The Addiction, and E. Elias Merhige's Shadow of the Vampire), F. W. Murnau's surreal 1922 cine-fable remains the original and landmark entry in the entire global tradition of "the horror film". The Masters of Cinema Series is proud to present, at long last, Nosferatu: A Symphony of Horror in its definitive restoration, complete with original intertitles and accompanied by the score that played with the film at the time of its initial release.

"After dubbing Hans Erdmann's original music for Nosferatu, performed by the Radio Symphony Orchestra Saarbrücken conducted by Berndt Heller, the new version of the film (restored by Luciano Berriatua and L'Imagine Retrovata on behalf of the Murnau-Foundation) will undergo extensive digital treatment before being released on DVD. Luciano Berriatua has searched for - and found - the original locations of the film for the 40min. extra documentary, among other things."
Top

Luciano Berriatua has searched for - and found - the original locations of the film for the 40min. extra documentary,

Doesn't he know Dave Shepard already did that in his old Image release of NOS?
Top

HerrSchreck wrote:Doesnt he know Dave Shepard already did that in his old Image release of NOS?

I suspect this is a fancy way of saying that he watched Shepards doc then?
Top

Luciano Berriatua has searched for - and found - the original locations of the film for the 40min. extra documentary

Doesnt he know Dave Shepard already did that in his old Image release of NOS?

Shrek, as I said above, I don't know how long this has been posted on the F. W. Murnau Foundation website I took the quote from. It can be old news, as far as everyone involved is concerned.
Top

Well.... I guess... If you can't settle on a name why spend regard on another's?
Top

No need to get your pants on fire, Graf Schreck. I was just feeling lazy and decided to use a nickname instead. I was being friendly too. I hope it didn't sound so "schrecklich"... Kann ich spielen jedoch in Ihrem Schlöss? Bitte?

Taken directly from the new restoration:

My nipples are so errect you could hang your coat on 'em.

MoC, god bless you you.
Top

Or my old Image edition.
Top

I thought the Kino DVD (when new) was a revelation -- and a delight. The music may have been problematic -- but image-wise, it made me very happy -- and gave me a far greater appreciation of the film. So, even if I hope it is now superseded, I see little reason to feel hostility to such an honorable older release.
Top

I can't believe how good that screencap looks.
Top

To be honest, it was really only the soundtrack I had such a problem with. However, it was a big problem.
Top

I frankly wonder if any score can do Nosferatu justice. I suspect silence -- or neutral background music -- are the besttt bet (at least for me).
Top

An ultra-minimal score would seem the only way to go. Harmonium with occassional use of spinet or dulcimer at key moments would be interesting.
Top

rwaits wrote:To be honest, it was really only the soundtrack I had such a problem with. However, it was a big problem.

If that's the soundtrack by that vaguely 'Kraut-rock'-ish band (not Faust, who have done live Murnau soundtracks I think),* I rather liked it at points, but there was some inappropriate use of unsubtle sound effects as I recall. At least it had some menace to it, unlike so many of those insipid 'ambient' synthesizer scores that get unjustly stuck on silent films (including some of the hideous work for the Kino Avant-Garde set). There is always the option of putting one's television on 'mute'.

They have, as have The Melvins. I'd love it if one of those was recorded and offered as an alternative alongside the more traditional scores.
Top

Person wrote:An ultra-minimal score would seem the only way to go. Harmonium with occassional use of spinet or dulcimer at key moments would be interesting.

Geoff Smith might very well be the guy for you then. He's done Faust for Hammered dulcimer already and apparently is doing Haxan at the Cambridge Film festival on the 7th.
Top

rwaits wrote:To be honest, it was really only the soundtrack I had such a problem with. However, it was a big problem.

Here's a thought, just watch it with the sound off. Which, for me, is generally the preferable way to see a silent film anyway. Of course, if you're seeing it in a cinema you can't turn the volume down though...
Top

A long time ago, I saw a great Nosferatu accompanied by just piano and percussion. I have no idea if those performers are still active, but they created a very sympathetic score.

And I'll get on my personal hobby horse again: watching so-called silent films silent is no substitute: it's a completely different aesthetic experience (as fans of Brakhage or Dorsky will realise) and one never intended by the filmmakers. A bad score may be a betrayal of the movie, but watching it mute is not really any better, so lobbying for appropriate musical accompaniment is absolutely valid.
Top

[quote="zedz"]A long time ago, I saw a great Nosferatu accompanied by just piano and percussion. I have no idea if those performers are still active, but they created a very sympathetic score.

Me too.I don't know if this was the same bunch you saw but they were called the Harmonie Band lead by a guy called, I think, Paul Robinson. They also did a great score for an outdoor Passion of Joan of Arc in St.John's College in Cambridge some time ago.

I've just checked and it was the Petit score done at Cambridge but apparently they are recording a newly composed score for the Dreyer with the Hilliard Ensemble.
Top

Seeing a film of the "silent era" silent is historically incorrect, of course. But how on earth is it a bad thing? One can get a better grasp of the rhythms, and you feel each movement and cut more strongly. Soundtracks to silents are always distracting in one way or another; I usually end up just trying to block it out. Of course there are good ones, but even good ones are slightly distracting. It's a different aesthetic experience because you can take in more of the film. This is just my preference, I never said it was the right one.
Top

By the way, he actually thought silent films should be shown silent - there is the story of when he showed "Napoleon", one that began with Gance giving an introduction, talking in front of the camera. He still insisted on seeing it silent! 10 or so minutes into the actual film, it was clear this was a version cut to a specific soundtrack. After many complaints he finally stood up and said they'll take a vote - almost everyone raised their hand for sound and he stormed out in a rage!
Top
Post Reply
337 posts