Great little company in the line of Code Red, releasing obscure horror/cult/camp films from the 60s 70s and 80s. All their titles are mastered from original elements, have great extras.

Just recently, I finally got the long awaited "Black Rodeo", on my wish-to-see list for so long. 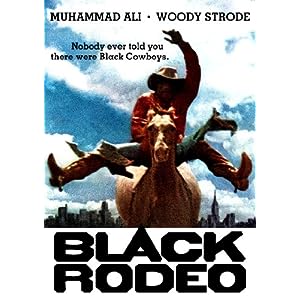 When did this get unearthed? I've met more than a few collectors in the past who considered this impossible to find.
Top

Scorpion Releasing has been releasing fantastic editions of their films and I'm glad that them, along with Code Red, Blue Underground and Severin are keeping cult films alive on DVD. The transfers are solid and the special features are usually pretty interesting. Last year they put out one of my favorite British films of the seventies, Girly which is a must see for anyone who loves movies that are so off kilter, you aren't sure what you should feel. Plus the title's Girly is very cute adding to the pleasure factor of the movie.
Top

And it's directed by Freddie Francis who's one of the better Hammer directors in my opinion. At the very least he's the most overtly arty.
Top

And I don't know how I missed about this one, but they released the South African martial arts 'classic' "Kill And Kill Again" starring the incomparable James Ryan!
Here's the DVDTalk review

Hopefully there will also be a version of "Kill Or Be Killed" coming soon...
Top


Due to the dismal BluRay sales (most selling 600 or less) of the titles that had been out before numerous times on DVD, and the fact that the DVDs of some of these BluRay titles sold much better (DEATHSHIP, TOMBOY to name a few). Any titles falling into this category, I will only press 1,000 (1,200 on the more popular ones) BluRays and sell them as limited editions.
Now, since I don’t have an outlet to sell direct yet, these new Limited Edition Blu-Rays will be sold by Code Red on their website, as he seems to have found a much more successful mode for selling catalog BluRays than I have selling them through retail outfits. (now I can see why Twilight Time went with this business approach)
The first batch of BluRays that will be sold on Code Red's web site are:
GIRLY
MORTUARY
DON’T ANSWER THE PHONE
And the long awaited release of GRIZZLY (since DAY OF THE ANIMALS sold less than TOWER OF EVIL or THE UNSEEN, and both of those sold barely 1,000 units, which is why I think 1,000 - 1200 is the right number to press these titles, like GRIZZLY.)
Also, all future BluRay titles will now be put on hold (like SORORITY HOUSE MASSACRE and HAUNTING OF MORELLA), until each are carefully determined to see if they have a shot at making a profit through retail outlets (only two BluRays have for me so far) or will be a limited edition that will be available on my new web site that I am building. The future status of all BluRays I release will be evaluated and any decisions will be posted here.
Thank you for understanding.

Ha I JUST bought Mortuary goddammit! Scorpion is run by the head of Code Red's brother, if I'm not mistaken.
Top

I always thought Scorpion Releasing was a bad idea.
Top

Based on their Facebook page, Scorpion's alliance with Kino seems to be about to yield a burst of typically well-chosen rarities, except now on Blu-ray:

Some of the above as well as the just-announced Planet of the Vampires Blu-ray seems to be a Frank Tarzi-brokered "co-production" between MGM and Scorpion (which is producing the Tim Lucas audio commentary).

On the down side, it looks like some of these titles will release the DVD to retail but hold the Blu-ray for exclusive sale on Kino's website.
Top

Movie Movie! I've wanted to see that for so long. Never thought it would come to Blu-ray.
Top

David and Lisa Blu-ray review on DVDBeaver. I don't know about at Scorpion's AR but I don't remember the hVe looking anything but correct at fullframe (but it's also been years since I've seen it)
Top

The screwy compression is also a concern. Scorpion have acknowledged the authoring house messed up and are looking into it, but they haven't said anything about a recall yet.
Top